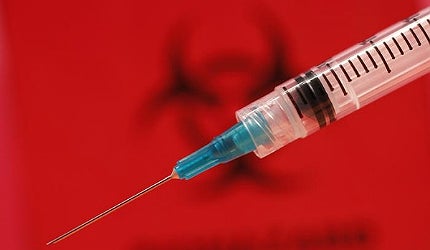 In the last few years it's easy to feel that little had been done to replenish US emergency bio-response stockpiles, and even less effort was going towards the creation of new strategically placed emergency caches. Indeed, reports of the past few years seemed to showcase the Obama administration's reluctance to deal with the issue, some going as far as alleging that the US Government seemed intent on rendering the country completely undefended in this regard.

Recent moves by the Department of Health and Human Services (HSS), however, indicate that this reluctance to deal with bio-threats has shifted to a more pro-active effort. In particular, HSS has recently announced the establishment of three new centres to develop and manufacture medical countermeasures for bio-threats.

The partnership approach to bio-security

"Emergent Biosolutions, GlaxoSmithKline and Novartis were among the recipients of some of the largest grants."

In creating centres focused on protecting the US against bio-threats, HHS say that they are "using a new public-private partnership model, bringing together the innovative ideas of small biotech firms, the training expertise of academic institutions, and the development and manufacturing experience of large pharmaceutical companies."

Emergent Biosolutions, GlaxoSmithKline and Novartis were among the recipients of some of the largest grants, which the US Government has made towards the development of three centres which will develop, manufacture and store emergency pandemic medications. These recently awarded grants add up to in excess of $400m, posing the question just how will the money be spent?

Emergent Manufacturing Operations Baltimore will lead one centre and, indeed, was the only American owned company to be awarded a sizeable sum of the grant money.

The universities they are currently working with are Michigan State University, Kettering University of Flint, Michigan, and the University of Maryland, Baltimore. This is also the longest biosecurity grant to be awarded thus far, expiring after eight years, towards the end of 2020.

The company will also be investing nearly $220m of its own money. While small in size compared to the two other centres receiving grants, Emergent Biosolutions are set to play one of the most important roles in the ongoing preparations towards countering bio-threats. Already they are the largest US-based producer of the anti-anthrax drug, BioThrax, so it will be exciting to see what other countermeasures they can develop with this funding and through collaboration with the academic sector.

In July 2006 Novartis announced that it would build a new vaccine manufacturing facility in Holly Springs, North Carolina, US.

Novartis will head the second centre, leveraging existing public-private investments by HSS in state-of-the-art facilities in Holly Springs and North Carolina. They will also be working closely with North Carolina State University and Duke University to develop an innovative new centre of pandemic preparedness.

The Novartis contract is valued at about $60m over the first four years, but there is speculation that this grant might be just one small part of a much larger government funding project. While the plant was first opened in 2009, it was not initially intended for the large scale manufacture of government ordered pandemic vaccines, and so a portion of the grant money has in effect already been spent on upgrading this facility.

Working closely with HSS, this pharmaceutical giant will be focusing on North Carolina for the next few years and recent reports indicate that the Holly Springs facility should be ready to start producing vaccines towards the end of this year.

The aim is to ensure the production of critical medicines within the US borders and to build the manufacturing infrastructure which would be necessary to produce at least a quarter of the nation's pandemic influenza vaccine, in as little as four months after an outbreak hits. This plant will undoubtedly play a major role in replenishing the vaccine shelves, but there's still a lot more to Novartis' biodefense strategies besides the Holly Springs facility.

The Texas A&M University System will lead a third centre that collaborates with GlaxoSmithKline (GSK) Vaccines of Marietta, Pennsylvania, Lonza of Houston, Texas, and Kalon Biotherapeutics, Texas. This company has been awarded the single largest grant from the funding made available this year.

GlaxoSmithKline Manufacturing and Packaging, US

In 1984, Glaxo, as it then was, opened the Zebulon plant as its only US manufacturing and packaging site.

With nearly $176m to spend on developing new biosecurity measures in Texas, GSK is undoubtedly one of the cornerstones to the fortress of vaccines that America seems to be building. The grant money will be administered by the consortium between GSK and smaller institutes, led by Texas A&M University.

Two of the first items on the agenda for this consortium are the construction of brand new drug manufacturing facilities, as well as the upgrading of existing plants. A key aspect of the strategy being followed by GSK will be the increased ability of these plants to produce multiple vaccines. Existing drug manufacturing plants in Texas will now be made into versatile production lines, capable of producing vast quantities of nearly any vaccine at short notice.

These three new centres for countering bio-threats are the first major domestic infrastructures to address biodefense threats and pandemic influenza.

HHS have said: "The centres will aid in bringing new medical countermeasures to the market faster and would help to train the biopharmaceutical workforce needed in the future."

Furthermore, according to HHS secretary Kathleen Sebelius: "Establishing these centres represents a dramatic step forward in ensuring that the United States can produce life-saving countermeasures quickly and nimbly.

"They will improve our ability to protect Americans' health in an emergency and help fill gaps in preparedness so that our nation can respond to known or unknown threats."

Neutralising the gluten threat: are we on the cusp of a coeliac disease breakthrough?

Why Bahrain is the ideal strategic hub for Healthtech