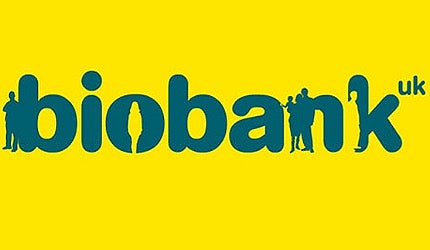 Set up in 2006, the UK Biobank is a major national health resource and registered charity aiming to shed light on the prevention, diagnosis and treatment of a wide range of serious and life-threatening diseases. The key organisations involved in this initiative are the Wellcome Trust, Medical Research Council, Department of Health, the Scottish Government and the Northwest Regional Development Agency.

"Doctors, scientists and medical researchers globally remain vigilant for the benefits to come from this potentially revolutionary project."

Professor Dame Sally Davies, chief medical officer and chief scientific adviser at the UK Department of Health, believes: "The UK Biobank is a globally unique resource which places the UK at the forefront of the quest to understand why some people develop life-threatening diseases or debilitating conditions."

The project stopped collecting baseline data in August 2010 after gaining information from 500,000 people, aged between 40-69 years old. Each volunteer underwent a number of measures, providing a treasure trove of 20 terabytes (1 trillion bytes, or 1,000 gigabytes) of data.

This data is accessible to doctors, scientists and medical researchers and includes information on lifestyle, diet, work, memory, physiology and family history during the period between 2006-2010.

With baseline data collection complete, what does the short and long-term future hold for the UK Biobank?

Professor Sir Rory Collins, head of the UK Biobank, says of volunteers: "They have not joined the project to see it remain idle; we all want to see the resource used extensively to bring about benefits to health and well-being." Indeed, in an exclusive interview with Tim Peakman, executive director of the UK Biobank, it was revealed that although recruitment closed in 2010, there remains extensive activity.

"In order to ensure the accessed data is relevant and up to date, volunteers have agreed to undergo continuous follow-up over the next 30 years."

Current activities can be divided into three streams. The first is the development and enhancement of the policies and IT infrastructure required to make the data accessible. The second is the enhancement of baseline data taken from volunteers, such as the completion of web-based dietary questionnaires and physical activity monitoring.

If funding is approved, MRI scans of the brain and heart, along with other physiological measures, will also be collected from 100,000 of the original 500,000 volunteers. Importantly, Peakman points out that: "The baseline assessments will be repeated with 20,000 volunteers in order to understand natural variation in the cohort and hence enhance the quality of the data for research scientists."

The third and perhaps most important activity being carried out by the UK Biobank is that which makes it prospective – records linkage. With permission to access the medical records of volunteers to monitor mortality and the development of diseases, Peakman says: "The health of volunteers can be followed accurately without the need for re-contact."

In parallel, the Biobank currently has eight expert working groups to validate the outcomes of medical records to ensure they are as useful as possible to researchers. These working groups comprise of experts in the field of some of the most common diseases, such as cancer, heart disease, diabetes and stroke.

Peakman is keen to point out that the UK Biobank will not conduct research. It is the scientists and commercial organisations who apply to access the Biobank who will be conducting any research. This is where we can anticipate not only a better understanding of disease development, progression and treatment, but also the potential for cures and drug discovery.

At the time of interview, Peakman noted that there had been 250 registrations and 40 applications to use the Biobank. Applications are likely to increase once prospective data has been obtained, which Peakman assures the Biobank have scaled and prepared for.

The vision – a longer and healthier future

Professor Davies says of the UK Biobank: "It has huge potential for future generations and will help us understand how our children and our children’s children can live longer, healthier lives." Not only will the baseline and prospective information collected by the Biobank facilitate a greater understanding of general health, but it will also provide valuable insight into specific diseases.

Health and medical data has been collected from 26,000 people with diabetes, 50,000 with joint disorders and 11,000 who had experienced heart attacks. Information was also collected from 41,000 teetotalers, as well as 15 million saliva and urine samples, which are in cold storage and can be easily accessed for testing by scientists.

While the first phase of the project has been successful, it is just the beginning of efforts to set up a huge data system to help researchers worldwide to solve the puzzle of how diseases develop and how they might be cured. Researchers and health professionals are given access to this data by submitting a proposal which outlines their study plans and states that their research will be published for the benefit of medical science.

In order to ensure that the accessed data is relevant and up to date, volunteers have agreed to undergo continuous follow-up over the next 30 years. In order to store all of this new information, the UK Biobank is setting up a health records system and will also be taking additional steps to to maintain the validity of data:

• Automated death notifications will go to the Biobank records from various hospital and health facilities throughout England, Wales and Scotland.
• The Biobank will use the UK’s cancer registration system to keep track of volunteers who have cancer.
• The Biobank will integrate into their system the 200 million records from the Hospital Episodes Statistics in England, Wales and Scotland. Not only will this provide data on the number of people hospitalised, but also the diagnosis and medical procedures they have undergone during the hospitalisation period.
• Primary care and health related records will be used to help researchers make a detailed analysis of recurring illnesses, age-related illness and the effect of lifestyle choices on general health.

The UK Biobank, which is one of the largest cohort projects in the world, remains in its infancy in terms of prospective data, but undoubtedly offers new possibilities for future health and well-being.

It also offers exciting opportunities for treatment and the discovery of new drugs. Doctors, scientists and medical researchers in the UK and globally remain vigilant for the benefits to come from this potentially revolutionary project.