Bayer has agreed to make a payment of $40m for settling claims over the alleged violations of the False Claims Act linked to three drugs, Trasylol, Avelox and Baycol, the US Department of Justice said in a press statement.

These litigations were filed under the qui tam or whistleblower provisions of the False Claims Act, which facilitate private citizens to file lawsuits against fake claims on behalf of the government.

Simpson alleged in a lawsuit filed in the District of New Jersey that Bayer paid kickbacks to physicians and hospitals to prompt them to use Trasylol and Avelox. 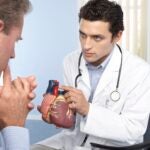 Simpson also alleged that the company sold these drugs for off-label usages that were not acceptable and essential.

Additionally, the company was accused of downplaying Trasylol’s safety risks.

According to the lawsuit, these actions of Bayer caused the submission of false claims to the Medicare and Medicaid Programs and also broke the laws in 20 states and the District of Columbia.

Trasylol is a medication utilised for controlling bleeding in some heart surgeries while Avelox is an antibiotic indicated for treating particular bacteria strains.

A second lawsuit filed by Simpson concerning a statin drug, Baycol, was eventually transferred to the District of Minnesota.

This litigation claimed that Bayer downplayed the risks of the drug causing rhabdomyolysis despite being aware of them.

The lawsuit also alleged that the company falsely prompted the Defense Logistics Agency into renewing some contracts linked to Baycol by distorting its efficacy against other statins.

Later on, the company withdrew Trasylol and Baycol from the market for safety reasons.

Simpson will get nearly $11m from the settlement proceeds.

“The recovery highlights the critical role that whistleblowers play in the effective use of the False Claims Act to combat fraud in federal healthcare programmes.”