Scientists at the University of Birmingham in the UK have detected a possible drug target for the treatment of neurological ailments, such as Alzheimer’s disease (AD), and boosting nerve regeneration in central nervous system (CNS ) injuries.

This research is part of ongoing work analysing the signalling pathways underlying ‘programmed cell death’, which is observed in long-term neurological conditions as well as spinal cord or optic nerve injuries.

Irrespective of the cause, nerve cells appear to be not able to completely repair this damage and subsequently, the deoxyribonucleic acid (DNA) damage response (DDR) system of the cell is activated.

The continuous activation of the DDR system impacts the functioning of the nervous system and causes programmed cell death, called apoptosis. 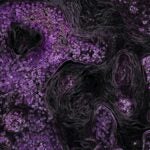 These enzymes work as the DDR system’s gatekeepers and could be hindered by small molecules called checkpoint kinase inhibitors.

On evaluating a fruit fly model of amyloid toxicity, the team noted that lowering Chk-1 or Chk-2 expression was found to have a protective effect.

Similar outcomes were reported in spinal cord injury, where delivery to the spinal canal stimulated nerve cell regrowth beyond the injury site.

Additionally, a complete restoration of previously impaired movement and sensations was observed at three weeks.

“They support a growing body of evidence that Chk-2 kinase inhibition can be both neuroprotective, and neuroregenerative, and provides a potential target for drug treatments for neurological diseases, such as Alzheimer’s disease, Parkinson’s disease and amyotrophic lateral sclerosis.”