This comes a day after Roche subsidiary Genentech stated its candidate gantenerumab also did not meet its primary endpoint in the same study.

Both Lilly’s solanezumab and Genentech’s gantenerumab failed to slow the rate of cognitive decline, as measured by the DIAN multivariate cognitive endpoint.

The DIAN-TU study is a randomised, double-blind, placebo controlled trial sponsored by the Washington University School of Medicine, and funded by Lilly, Genentech, the US National Institutes of Health and others. It is the first disease prevention trial that tests investigational Alzheimer’s disease drugs with different mechanisms of action from two pharma companies. 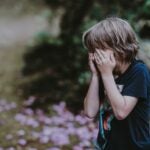 Gantenerumab is designed to bind to aggregated beta-amyloid and remove related plaques, which are believed to cause brain cell death. Solanezumab is an anti-amyloid monoclonal antibody.

Both companies will not undertake analysis of other endpoints in the study and present full results at the Advances in Alzheimer’s and Parkinson’s Therapies focus meeting in April this year.

DIAN-Tu’s primary investigator and director professor Randall J Bateman commented: “Our first attempt to slow Alzheimer’s before symptoms manifest is the result of the heroic commitment of patients and families at risk for dominantly inherited Alzheimer’s, leading global academic researchers, the NIH, the Alzheimer’s Association, philanthropic supporters, the DIAN-TU Pharma Consortium, government and regulatory colleagues, and pharmaceutical companies whose drugs are being tested.”

Lilly chief scientific officer and the company’s Research Labs president Daniel Skovronsky said: “We look forward to the opportunity to analyse the data so that we may continue to propel the science forward and bring hope to these patients.

“Lilly is committed to finding treatments for patients and remains excited about the potential of our medicines under development in the area of Alzheimer’s.”

Genentech chief medical officer and head of global product development Levi Garraway commented: “Although DIAN-TU didn’t reach its primary endpoint, the trial represents the first of its kind and a bold undertaking by all partners involved.

“Given its experimental nature, we are unable to draw firm conclusions about the impact of gantenerumab in autosomal dominant Alzheimer’s disease.

“This outcome does not reduce our confidence in the ongoing Phase III GRADUATE clinical program.”

The failure of these drugs to meet their primary endpoints does not affect other studies they are involved in for different Alzheimer’s indications.