AstraZeneca has received approval from the European Commission (EC) for the use of Forxiga (dapagliflozin) as an adjunct to insulin to treat type-1 diabetes.

The indication covers adult patients with a BMI of 27 or more who often cannot achieve adequate glycaemic control with insulin alone, despite optimal therapy.

Forxiga is said to be the first AstraZeneca drug approved for type-1 diabetes, and the first oral medication with European approval for adjunct use with insulin in this patient population.

It is a first-in-class, selective inhibitor of human sodium-glucose co-transporter 2 (SGLT2). 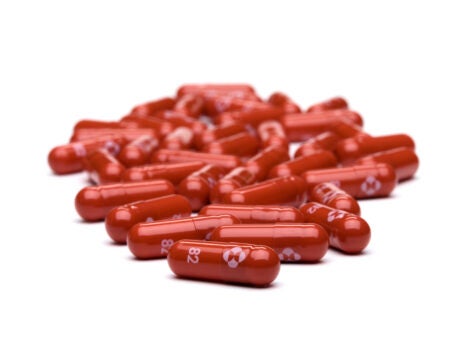 AstraZeneca R&D BioPharmaceuticals late Cardiovascular, Renal and Metabolism head Elisabeth Björk said: “Forxiga is the first oral medicine approved in Europe as an adjunct to insulin for people living with type-1 diabetes whose glucose levels are not adequately controlled with insulin alone.

Data, insights and analysis delivered to you View all newsletters By the Pharmaceutical Technology team Sign up to our newsletters
“Forxiga is the first oral medicine approved in Europe as an adjunct to insulin for people living with type-1 diabetes whose glucose levels are not adequately controlled with insulin alone.”

“We look forward to bringing Forxiga to a patient population that has not had any approved oral medicines available before.”

The EC approval comes after review of results obtained during the Phase III DEPICT clinical programme. This data set comprised DEPICT-1 and DEPICT-2 trials to evaluate the effects of 5mg or 10mg Forxiga on glycaemic control in patients with type-1 diabetes inadequately controlled by insulin.

However, the 10mg dose has not been approved.

The safety profile of the drug was found to be consistent with the established profile. However, a higher number of diabetic ketoacidosis (DKA) events were observed in the DEPICT-1 and DEPICT-2 trials.

Forxiga already holds indication as a monotherapy and combination therapy to improve glycaemic control in adults with type-2 diabetes, with the additional benefits of weight loss and blood pressure reduction, as an adjunct to diet and exercise.

The drug is also being reviewed in Japan and the US as an adjunct treatment to insulin in adults with type-1 diabetes. Regulatory decisions are expected to be received over the coming months.