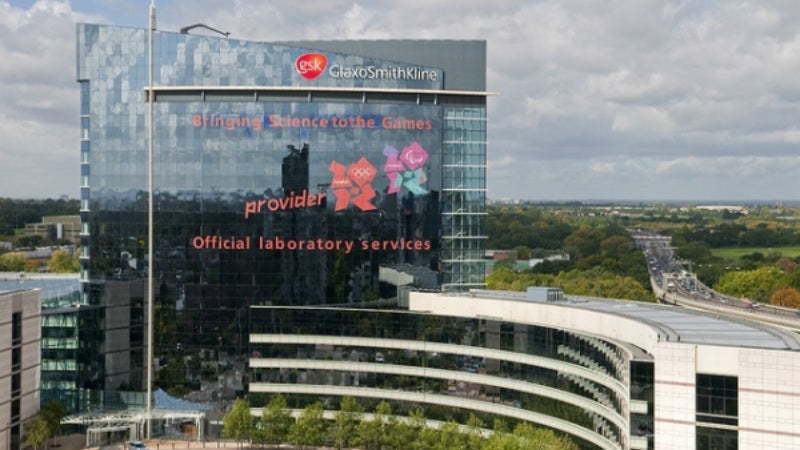 The 2012 London Olympics is the first Olympic event to have an anti-doping laboratory sponsored by a pharmaceutical company after GlaxoSmithKline (GSK) proposed to sponsor the anti-doping programme.

With the proposal accepted by the London Organising Committee of the Olympic and Paralympic Games (LOCOG) in 2009, GSK has made the donation as part of its £20m contribution to the games. The sponsorship was signed under a Tier Three deal.

The company has subsequently built an anti-doping laboratory at one of its research and development (R&D) sites near Harlow in Essex, around 22 miles (mi) from the Olympic Stadium. Covering 4,400m² (47,361ft²), the laboratory is as big as seven tennis courts.

The 2012 London Olympics anti-doping programme is aimed at eliminating doping practices by athletes participating in the Games.

GSK was announced to be the official laboratory services provider for the London 2012 Olympics and Paralympics in November 2009. The contractual scope includes the supply of equipment and provision of services for anti-dope testing for the games.

Partners in the project include GSK and King’s College

"GSK has made the donation as part of its £20m contribution to the games. The sponsorship was signed under a Tier Three deal."

GSK formed an alliance with King’s College London in November 2009 to provide test equipment and services.

The pharmaceutical company will supply the required equipment and facilities, while King’s College London will operate the satellite laboratory in co-ordination with the Olympic Committee and International Paralympic Committee.

The facility is accredited by the World Anti-Doping Agency (WADA). It will analyse around 6,250 test samples during the games, which is the highest recorded at an Olympic and Paralympics event. The 2012 London Olympics is expected to attract more than 10,500 athletes worldwide.

GSK has also signed an agreement with the WADA in July 2011 to share the company’s confidential research information about medicines in early stages of development, which could potentially be abused by athletes.

This will help to devise more sensitive tests to detect doping in future sports events and will also enable the discovery of a higher number of substances that could be potentially abused by athletes.

Details of the Essex-based facility

The laboratory was unveiled in January 2012 by the London Organising Committee of the Olympic and Paralympic Games (LOCOG).

The facility will recruit more than 150 scientists to carry out testing. It will also employ more than 1,000 LOCOG staff for the testing process.

The laboratory is equipped with modern technology that uses a barcode identification system for the blood and urine samples collected from participants and medal winners.

The barcode system avoids contamination and erroneous results. The system is the first of its kind at an Olympics event and the facility has separate areas for sample logging, splitting, preparation, blood testing, and analysis.

The anti-doping test facilities at the state-of-the-art laboratory can test around 200 illicit compounds. It also conducts combined tests for banned products.

The laboratory will typically provide results between 24 hours and 48 hours. For a few tests, such as on endurance boosting drug erythropoietin, up to 72 hour will be required to get results. The turnaround time of a negative result will be 24 hours.

"GSK formed an alliance with King’s College London in November 2009 to provide the test equipment and services."

Each set of samples will be dispatched on an hourly basis to the GSK laboratory by a secured courier service and each sample will be assigned with a unique number and bar code.

The urine samples will be split in two, A and B. Part of sample A will be prepared for testing and the rest securely stored. It will then be screened for more than 60 prohibitive substances in one test.

The initial result of a test (sample A) will be available in just 12 hours. In case of a suspected positive, the result will be confirmed within the next 12 hours. Athletes have the right to provide another sample (sample B), which is tested in presence of their legal representatives.