Expand
The multipurpose facility is designed in compliance with ISO14001 standards.
The new facility houses multiple suites for granulation, tabletting and blister packing.
The high potency facility allows Aesica to develop Schedule II controlled substances.
The facility received the FDA approval in 2012.
The facility has a segregated unit.
The facility specialises in the production of drugs containing APIs. 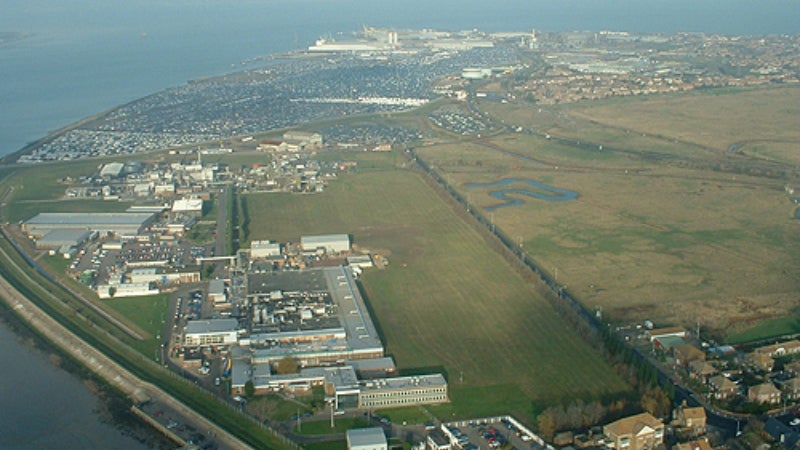 Aesica, a supplier of active pharmaceutical ingredients, opened a new High Capacity Manufacturing facility at its Queenborough site in September 2013.

The facility was constructed with an investment of £30m, as part of an expansion plan announced in July 2012.

The new facility covers an area of 10,000m2. It produces solid dose medication products for treating Type 2 diabetes in adults.

It will start production in November 2013. It implements Buck®Valve split butterfly valve technology for contained transfer of potent powders.

Located in Isle of Sheppey, Kent, England, the Queenborough facility was acquired by Aescia from Abbott Laboratories in September 2007.

The deal, which included a five-year supply agreement with Abott Laboratories, tripled the workforce of the company, boosted capacity and took Aesica into secondary manufacturing.

The Queenborough facility received the US Food and Drug Administration (FDA) approval in 2012.

"The facility was constructed with an investment of £30m, as part of an expansion plan announced in July 2012."

The new high-potency facility houses multiple suites for granulation, tabletting and blister packing. All the suites are equipped with appropriate heating, ventilating, and air conditioning (HVAC) and cleaning facilities. To avoid any occurrence of cross-contamination, the facility has a segregated unit constructed at a distance from the remaining facilities of the company.

The company says that the design and construction of the purpose-built facility is in conformance with environmental requirements. The new facility is equipped with security systems that ensure the production of Schedule II controlled drugs including opiates.

The multi-purpose Queenborough facility is designed in compliance with ISO14001 standards. It is equipped with a range of capabilities including production of solid dosage forms, anaesthetics, and controlled medicines and packaging facilities that accommodate blister packs, sachets and bottles.

The facility has increased the company’s formulation and packaging capacity of liquid and solid dosage forms. Its construction was started in August 2010 and completed in November 2011. Aesica invested €3m ($4.6m) on the construction.

The new facility allowed Aesica to expand its formulation offering in the growing market for contract manufacturing of high-potency drugs.

Production at the high potency facility

The compounds, however, have to be produced in an environment equipped with appropriate safety measures.

The Queenborough facility specialises in the production of drugs containing APIs that require special handling needs including high potent medicines or controlled substances.

Capacity at the pharma company’s plant

The facility can operate at an annual wet granulation capacity of more than 500t, including low shear, high shear and fluid bed drying. Annual tablet production capacity including single, bilayer and film coating is more than 2bn.

The facility can also pack 15m bottles of solids including tablets and granules and 14m bottle packs of liquids every year.

AstraZeneca opened a manufacturing plant at their Bristol site in May 2003.