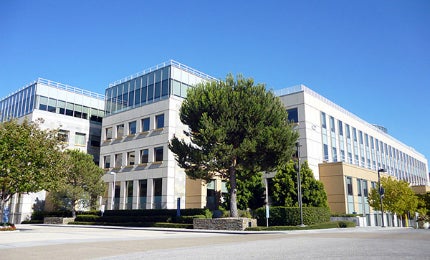 Amgen, a leading biotechnology company based in the US, opened its newly expanded manufacturing facility in Dun Laoghaire in August 2015.

The $300m expansion added new production facilities to the existing plant, enhanced its production capabilities and also made it a key location for Amgen’s global operations.

The development was part of the company’s long-term strategy to produce all of its medicines in the Dun Laoghaire site, to ensure continuous supply of Amgen’s medicines for seriously ill patients worldwide.

Construction of the project, which was supported by the Irish government through IDA Ireland, began in April 2012, and created more than 500 construction jobs. The investment has created a positive impact on the Irish economy and also strengthened Ireland’s reputation as a location of excellence for biotechnology investments.

“The $300m expansion added new production facilities to the existing plant and enhanced its production capabilities.”

The aseptic plant is located at Pottery Road in Dun Laoghaire, Dublin. Ireland, being the biggest biopharmaceutical development and manufacturing (D&M) location in the world, was strategically chosen for the expansion.

The expansion included construction of an 11,500m² production facility known as Production Module 3 (PM3) and a new cold chain warehouse spread over an area of 5,800m², and renovation of existing on-site facilities.

A new syringe filling facility was added to enhance existing capabilities of the plant.

Part of the expansion plan was significant research and development investment involving a major technology process enhancement aimed at transforming the plant into one of the world’s leading biotechnology manufacturing sites.

The Helix Project is a major research and development facility constructed by Amgen (ex Immunex) in Seattle.

The aseptic operations facility in Dun Laoghaire was originally owned by Pfizer until it was purchased by Amgen in March 2011. The 37,000m² facility specialises in secondary manufacturing activities such as formulation, liquid vial filling, lyophilisation and packaging. It also features laboratories and cold chain warehouses.

Under the purchase agreement, Amgen manufactures Pfizer’s products at the facility for a certain interim period, while Pfizer leases a portion for some time. By owning the facility, Amgen saved 200 existing jobs and created 100 additional jobs.

Amgen is a leading biotechnology company engaged in the discovery, development and manufacture of innovative human therapeutics. It was one of the first companies to bring safe, effective medicines from the lab to the manufacturing plant to patients.