Expand
The Northpointe Corporate Center has a range of occupants from pharmaceutical companies to semiconductor manufacturers.
The administration block in a state of construction.
Construction at the Northpointe Corporate Center well underway by Skanska USA.
Bayer Healthcare produces a range of other drugs for the North American market including the contraceptive pill.
The inflammatory process brought on by Crohn’s disease, which can be relieved by the use of Leukine. The drug was tested for this use in Phase III trials but results were found to be insufficient.

Berlex Laboratories LLC based in Bothell, Washington was the US subsidiary of the German pharmaceutical company Schering AG. In 2004 Berlex and Schering decided to construct a new 95,000ft² (8,361m²) biopharmaceutical facility in north west Washington State in the Seattle metropolitan area (Lynnwood, Snohomish County).

In August 2004 the company purchased a 16 acre (6.4ha) site in the Northpointe Corporate Center (owned by Opus Northwest LLC) for $10m. Northpointe Center is located 17 miles (27km) north of Seattle.

Construction of the $60m plant was completed in 2007. The facility has joined a growing number of biopharmaceutical facilities in the area.

“Snohomish County has attracted more than 30 biotech operations; collectively, they account for about 25% of Washington State’s total biotech jobs.”

It was then the biggest new facility in biopharma in Washington State. Snohomish County has attracted more than 30 biotech operations; collectively, they account for about 25% of Washington State’s total biotech jobs.

The facility is in early licensure for the production of Leukine (sargramostim). Leukine is a haematopoietic growth factor that stimulates neutrophils, monocyte/macrophages and dendritic cells, and is used in the stimulation of the immune system following prolonged treatment with chemotherapy. It is also used in the treatment of patients following bone marrow transplantation. Leukine (sargriamostim) was first approved in 1991 by the Food and Drug Administration (FDA).

On 31 May 2009, Bayer Healthcare announced a strategic alliance with Genzyme Corporation.

Bayer is also seeking approval for the drug’s use in treating Crohn’s disease, a chronic illness that causes digestive tract irritation.

Bayer Healthcare has 200 employees based in Seattle and Bothell at the former Immunex Corporation plant, which passed into the company in 2002 when Schering spent $380m in purchasing the Leukine operations belonging to Immunex to diversify its US healthcare business.

When Immunex merged with Amgen it spun its proven Leukine product to Berlex for full production. Berlex wanted to stay in the geographical area to make use of the personnel it already had with expertise in the manufacture of Leukine at the Puget Sound plant.

The new plant has increased the US production of Leukine. Berlex had carried out Phase III clinical studies to evaluate Leukine as a Crohn’s and arthritis treatment. However, in July 2006, Schering announced that the results of the clinical trial were insufficient.

“The plant has increased US production of Leukine.”

The plant may also be used for contract manufacture of other biopharmaceuticals. The complex will consist of two manufacturing buildings, a power generation building and an administration block. The main contractor for the project is Skanska USA Building of Seattle.

The technology provides for the extraordinary amplification level of the gene of interest and simultaneous shut-off of the other biosynthetic processes in the cell, resulting in the highest theoretically possible yield and relative yield of a recombinant protein in a plant cell.

The magnICON technology also allows for rapid production in a timescale of only weeks of gram quantities of recombinant proteins necessary for clinical trials, thus eliminating the major R&D bottleneck. This technology may well be used in the new Berlex plant. 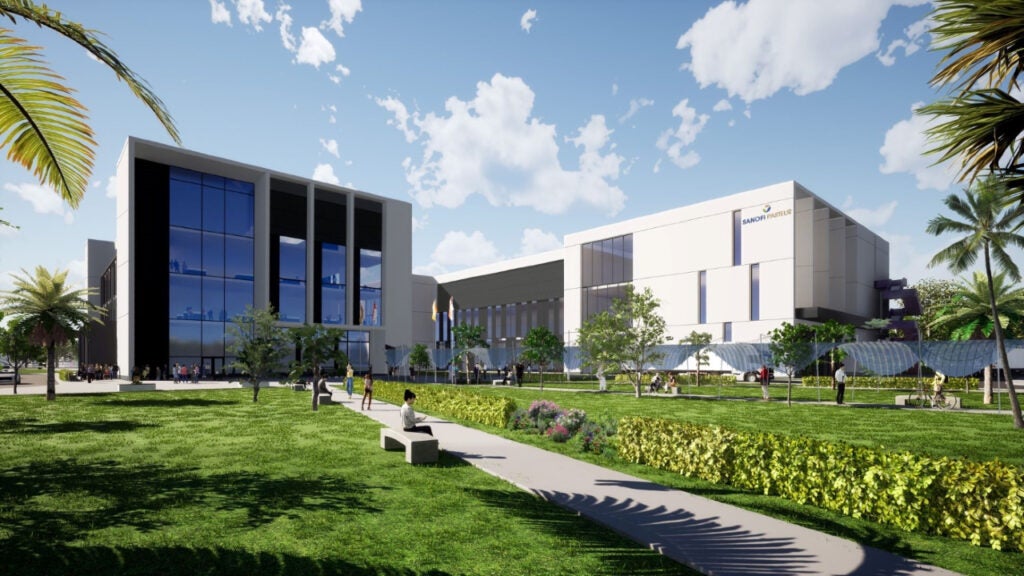