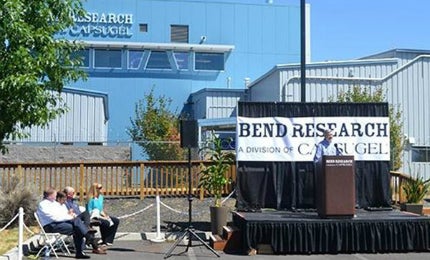 Capsugel, a manufacturer of drug dosage forms and solutions based in New Jersey, has completed the construction of a new pharmaceutical spray-dried dispersion (SDD) commercial manufacturing facility at its existing research and development (R&D) facility in Bend City, Oregon, US, in June 2015.

It is designed to accommodate future capacity additions and is scheduled for commissioning in late 2015.

Following the acquisition of Bend Research, a division of Capsugel Dosage Form Solutions (DFS) in 2013, Capsugel initiated an investment to add two more commercial-scale spray driers to its Bend site.

It enables Capsugel to provide integrated services across feasibility, development, late-stage clinical and commercial manufacturing of spray-dried drug product intermediates to its customers.

The expansion created more than 20 new jobs in 2014 and is expected to create an additional 20 full-time positions in the second half of 2015. It has also made Capsugel the biggest integrated pharmaceutical SDD technology owner in North America.

The plant features an innovative dryer design and manufacturing technology and is designed to accommodate high-potency compounds. The new dryers are more flexible and have the capability to generate optimally-engineered particles under the given formulation and therapeutic application.

A commercial wing at the plant allows for the production of registration lots, commercial launch and continued supply of new products from the Bend Research facilities.

Commercial production will be supported by a designed-for-purpose, risk-based quality system in accordance with the principles of ICH Q10 Pharmaceutical Quality System regulations.

Past expansions at the Bend R&D facility

The dryer can also be used for the production of toxicology study supplies and for quality-by-design studies (QbD), whose scale-up aspects can be integrated into spray-dried product development.

It shortens the time taken for development activities in addition to help cut costs and allows for more flexible use of active pharmaceutical ingredients (APIs).

Spray drying is a widely-preferred method in the production of thermally-sensitive materials such as pharmaceuticals.

SDD is a single-phase, molecular dispersion of a drug in a polymer matrix that is achieved by dissolving the drug and the polymer in an organic solvent and then spray-drying the solution.

The formulation and process conditions cause the solvent to quickly evaporate from the droplets, preventing separation or crystallisation.

SDD technology helps to increase the bioavailability of poorly water-soluble compounds, and allows for a scalable and controllable manufacturing process.