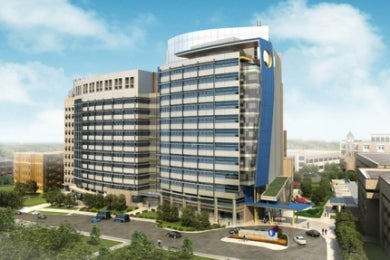 The construction of a new 15-storey clinical science building at Cincinnati Children’s Hospital Medical Center (CCHMC) began in June 2012. The new facility was constructed next to the existing research centre known as S Tower, which is located on the Burnet campus in Cincinnati, Ohio, US.

The new building was opened in June 2015. It is used for conducting translational research.

The new research centre is a 15-floor tower with a total floor space of 445,000ft². The tower is known as T Building and accommodates new laboratories, a research imaging facility, a research-focused outpatient clinic, offices and supporting infrastructure. It has 11 floors dedicated to research, including wet and dry laboratories, a data centre, dining facilities and meeting rooms.

The Weill Cornell Medical College at Cornell University is set to have a new translational research building by mid-2014.

The building is integrated with the existing research facility that opened in 2007 by CCHMC, and subsequently increases the centre’s paediatric research space to a total area of roughly 1.4 million square feet. The new building provides a physical link between discoveries in laboratories and animal models, as well as the application of patient care in the clinical locations.

The new facility is able to accommodate approximately 1,500 top researchers and clinicians and is used as a translational research centre for developing evaluating breakthrough discoveries. Clinical staff also uses it to apply these discoveries to improve the health of children.

The building is designed to promote collaboration across disciplines and interactions among basic, translational and clinical investigators. Two floors are dedicated for the laboratory, which features a transparent design that not only draws natural light into the building, but also enables views throughout.

“The new building was opened in June 2015. It is used for conducting translational research.”

A collaborative space, known as Beehive, connects the research centres located in the two towers. A rooftop respite garden was built on the top floor terrace and sunshades were built on the southern façade of the T building.

Construction of T building in Cincinnati

Cincinnati Children’s Hospital Medical Center’s board of trustees approved the construction of the clinical sciences building in May 2012. Ground breaking was held in June 2012. The installation of the windows and the façade began in October 2013 and the facility was opened for operations in June 2015.

Construction was carried out using building information modelling, a three-dimensional digital model that eliminates waste and adds efficiency to the building.

The design for the clinical sciences building was provided by GBBN architects in collaboration with Geier Brown Renfrow Architects and HDR, while the general construction contract was awarded to Messer Construction.

Pioneer Glazing and Cladding was awarded with a contract to provide design and installation of curtain wall, windows, skylights, sunshades, and structural and point-supported glass walls for the facility.

The total estimated investment for the construction of the clinical sciences building is $205m. It was financed through a combination of operating cash, investments, future operating cash flows and private donations.

Alnylam Pharmaceuticals is constructing a new drug substance manufacturing and cGMP warehouse facility in Norton, Massachusetts, US. The company broke…

10 Jun 2020
Registration is disabled.
We use cookies to ensure that we give you the best experience on our website. If you continue to use this site we will assume that you are happy with it.ContinueLearn more