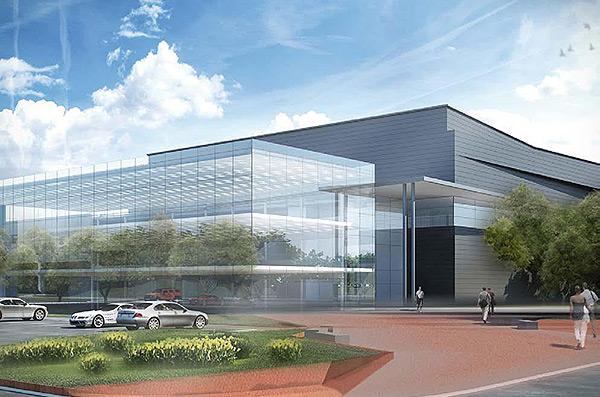 GlaxoSmithKline (GSK) unveiled plans for the construction of a new biopharmaceutical plant in the UK in February 2014. The new facility will be located at GSK’s existing factory in Ulverston factory in Morecambe Bay.

The facility will specialise in developing biopharmaceutical medicines. It will manufacture medicines for treating a wide range of diseases that include cancer, autoimmune, and hereditary ailments, and is expected to create 250 jobs.

The first phase of construction of the plant is expected to take six years to complete to make it ready for operations by 2021, when the second and third phase will be launched for construction respectively.

The master plan for the new biopharmaceutical plant was prepared by Devereux Architects in collaboration with the PM Group.

The facility is designed to retain most of the existing trees and banking around the site wherever possible, and will create new trees and mounds around the site’s edges. It will follow eco-friendly designs to protect the biodiversity in and around the proposed development area.

Background to the Ulverston biopharmaceutical plant

GSK’s existing factory in Ulverston, built in 1948, produces penicillin and other antibiotics. An extensive feasibility study was conducted by GSK in 2011 for selecting site for the construction of a new biopharmaceutical plant in the UK.

In March 2012, GSK decided to build the proposed plant at the existing Ulverston factory as part of the £500m investment for further expansion of UK facilities. The total investment allotted for the construction of the new manufacturing facility is £350m ($580m).

The investment decision for the Ulverston facility was taken after the introduction of ‘patent box’ scheme by the government. The scheme was intended to support and invite more investment in the UK, creating an attractive environment for the pharmaceutical companies to discover and produce new products and avail lower tax rate benefit.

The new facility will enable the discovery of new medicines and their production in the UK.

The plant will have odourless production buildings with hospital-like internal conditions. It will have quiet operation, low level of truck traffic servicing the site, and no visible emissions. It will have a sophisticated closed, clean and sterile equipment with controlled reactors cultivate cells, organisms and clean room facilities to produce large quantities of the biopharmaceutical products.

The production will be free from unintended contamination of naturally occurring microbes. Sophisticated equipment will be installed to further process, purify and stabilise the bulk product.

Products developed at the facility will be frozen and stored until formulation and dispensing into the final dosage form.

Construction of the biopharmaceutical facility

"The first phase of construction is expected to start in 2015 and will be completed by 2021."

A new access will be built to the factory, a new roundabout will be created and alterations will be made to the highway located adjacent to the factory. A new car park and an emergency access road will also be constructed.

The new car park will have 299 spaces, including 15 disabled. It will also include an additional provision for bicycle parking.