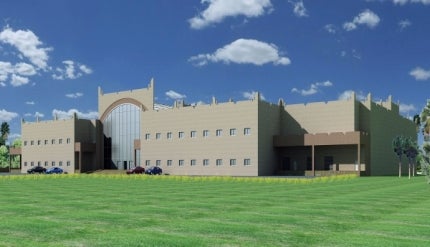 Gulf Pharmaceutical Industries, known popularly as Julphar, inaugurated the first ever insulin production facility in the Middle East in September 2012.

The plant is located in the city of Ras Al Khaima, UAE, where the company’s headquarters is also located. The construction of the plant required an investment of $136m. Julphar broke ground for the insulin production plant in January 2008.

The insulin products are being sold in the Middle East and exported to 40 countries worldwide, including, but not limited to, those in North Africa and Asia. The plant will conform to the latest European Medicines Agency (EMEA) regulations in order to comply with international quality standards. Upon approval by the EMEA, the insulin will be exported to European Union (EU).

“The plant is located in the city of Ras Al Khaima, UAE, where the company’s headquarters is also located. The construction of the plant required an investment of $136m.”

The UAE stands second worldwide, after Narushima Island, in the number of diabetics, with an estimated 32.6 million. The World Health Organisation (WHO) estimates that nearly one-fifth of the region’s population is diabetic. The demand for insulin has, therefore, been high in the region.

Julphar saw significant opportunity in insulin production as the Middle East region has no domestic insulin producer and is totally dependent on imports. It has partnered with the International Diabetes Federation (IDF) to execute the project. The IDF estimates the number of diabetics in the UAE will increase by 80% by 2030.

The plant was constructed to boost the local production of insulin to reduce the dependency on imports and bring down the cost of insulin for patients.

The new insulin production facility has a floor space of 20,000m². It is an independent complex with separate buildings for production and auxiliary operations. It has 5,000m² cleanrooms and 15,000m of clean piping.

Julphar’s Projects and Engineering Department has designed the plant in collaboration with Linde-KCA, a European engineering consultant.

The plant produces Julphar’s recombinant human insulin, branded as Jusline. Julphar has been producing Jusline for more than eight years using insulin crystals imported from the EU. The product is registered in more than 14 countries and is available in three variants, namely Jusline 30/70, Jusline n and Jusline r.

Capacity of the UAE plant

The Ras Al Khaima insulin production plant has a capacity of 50 million vials of insulin and 1,500kg of insulin crystals.

“The insulin products are being sold in the Middle East and exported to 40 countries worldwide, including but not limited to those in North Africa and Asia.”

The biotechnology production process begins with the insertion of the insulin gene into a suitable vector, usually a non-pathogenic weakened strain of the E. Coli bacterium. The genetically modified host cells are stored to frozen state.

The host cells are thawed and transferred to a flask containing growth medium. Upon attaining a specific cell density that is sufficient for cell culture inoculation, the cells are transferred into a production scale fermentor. The rapid growth of cells in the fermentor is further intensified by continuous stirring and the addition of air and nutrients. The cells mature to produce insulin.

Pro-insulin from the inclusion bodies, after the cells are broken, is extracted by a folding reaction through incubation.

Purification is done by flowing the cell culture fluid and impurities through a number of chromatography columns. The desired protein from the growth medium and other proteins are separated from the impurities through different modes of selectivity in the columns.

The purified insulin is filtered and concentrated to the required level by ultra filtration / diafiltration (UF / DF) process before final crystallisation. The resultant insulin is treated in Class C cleanroom conditions to obtain the dried insulin in crystal form.

The entire production process is monitored and controlled using a process control system with a capacity of about 10,000 items of input and output information.

High quality of the end product is ensured by using deionised, purified water in all stages of production.