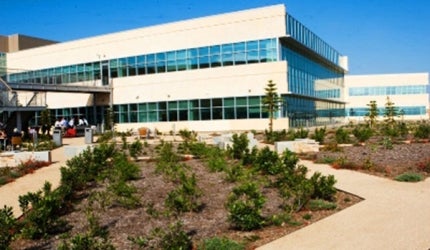 Isis Pharmaceuticals inaugurated a new research and development (R&D) facility at Carlsbad in California, USA in September 2011. The new facility is provided with sophisticated drug discovery and development facilities. It acts as both corporate headquarters and R&D centre for the company. It was built at a cost of $49m.

"The facility acts as both corporate headquarters and R&D centre for the company. It was built at a cost of $49m."

The research laboratory at the facility is built over a floor space of 176,000ft2. It features modern laboratories for the promotion of innovation and to encourage interdisciplinary collaborations. It has ample outdoor space for informal meeting areas and for the exchange of ideas. It is also features laboratories with mobile bench cabinets.

The facility contains administrative offices, a central utility plant, about 550 parking spaces, a warehouse, an outdoor dining area and a sports court. It is accessible by Interstate Highway 5 through Palomar Airport road.

The research facility broke ground for construction in June 2010. The construction was completed and the facility was opened in September 2011.

The building is incorporated with modern design features such as maximum use of natural lighting, eco-friendly equipment such as solar panels and drought-resistant native landscaping. It is expected to qualify for Silver LEED certification from the US Green Building Council.

The preconstruction activity included developing a 12 acre greenfield site in the Carlsbad Business Park. The construction was completed three days ahead of the scheduled completion of 13 months.

Drug development activity at the new facility of Isis

The new facility is used for carrying out research, discovery and development of new drugs by using antisense technology to treat various diseases. It is engaged in the development of RNA-based drug discovery.

"The building features maximum use of natural lighting, eco-friendly equipment such as solar panels and drought-resistant native landscaping."

Isis also plans to play a lead role in the development of antisense drugs through the new facility. The company has already initiated the research and development of mipomersen (Kynamro), an antisense drug being developed for the reduction of cholesterol, at the Carlsbad facility. A new drug application (NDA) for the same is currently under review by the US FDA. Isis is developing the drug in collaboration with Genzyme.

Sanofi Pasteur, the vaccine division of Sanofi, opened a new vaccine research and development centre in Toronto, Ontario, Canada, in July 2011. The R&D facility is located at Sanofi Pasteur’s Connaught Campus and will focus mainly on the development of vaccines for cancer and paediatric ailments.

Isis Pharmaceuticals is a US-based biopharmaceutical company engaged in the discovery and development of novel drugs. The company has a product portfolio of 24 drugs including those for the treatment of metabolic, cardiovascular, cancer, and neurodegenerative diseases. It primarily focuses on drug discovery and productivity.