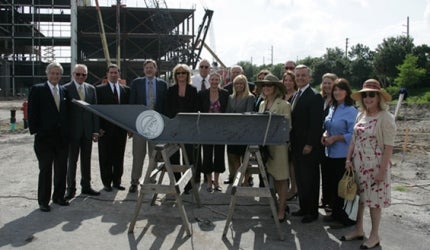 Germany-based Max Planck Society opened its new biomedical research facility, the Max Planck Florida Institute (MPFI), in June 2012. The new facility is located in Jupiter in Florida, US, and is the Society’s first institute in the country.

"Max Planck Society is an independent non-profit organisation with nearly 81 institutes across the world."

Max Planck Society is an independent non-profit organisation with nearly 81 institutes across the world. It was established in 1948 and has for the first time opened a facility outside of Europe. The Society plans to focus on gaining insights into brain function and neural circuits through the new facility.

The project broke ground in June 2010. About 73 people are currently employed at the institute. This number is expected to increase to 135 by 2015.

The research institute will add to the existing life sciences industry in Palm Beach County, creating more than 1,800 direct and indirect jobs. The facility is also expected to generate nearly $2bn in economic activity during the next 20 years.

MPFI has been established to carry out research on the structure and functioning of the neural circuits. The facility brings together some of the world’s most renowned scientists. It will use the most advanced technologies to study molecules and tissues.

Understanding neural circuits is expected to help in fighting several debilitating neurological and psychiatric disorders, such as Alzheimer’s, Parkinson’s, Huntington’s, autism and schizophrenia.

Facilities and equipment at the Max Planck Florida Institute

The institute has been built on three acres of land on the John D. MacArthur Campus of Florida Atlantic University (FAU). It is spread over three floors with a built-up area of 100,000 square feet.

"The institute has been built on three acres of land on the John D. MacArthur Campus of Florida Atlantic University (FAU)."

The building is divided into three research wings which also include guest labs to encourage collaborative research. About 58,000 square feet of the facility is dedicated towards laboratory space including wet and dry labs, instrumentation labs, computational research and imaging facilities, as well as microscope suites. The laboratory space also includes offices for researchers and support staff.

Other facilities of the institute include conference rooms, a 100-seat auditorium, lounges and administrative offices centrally spaced around an open lobby. A large open atrium on the second floor acts as a gathering space enabling staff and visiting researchers to interact.

Outdoor seating and a 230-space parking lot are also part of the facility. It is linked to the other buildings in the FAU campus through pedestrian-friendly paths.

Palm Beach County Board of County Commissioners along with the FAU provided $94m for the facility under the Innovation Incentive Fund in March 2008.

The funding was part of an agreement signed with the Office of Tourism, Trade and Economic Development. Funds were allocated as an incentive to set up the facility in Florida.

Palm Beach County provided $86.9m for construction and operation of the institute. Additional incentives received for the project include a 50-year rent-free lease valued at $6.3m on the building site provided by FAU. The Town of Jupiter provided $260,000 in waived impact fees.

Other environmentally friendly features include use of drought-tolerant landscaping and an irrigation system which uses municipal reclaimed water system.

Zimmer Gunsul Frasca Architects were the designers of the new facility. PGAL was the associate architect.

A joint venture of the Weitz Company and DPR Construction was appointed as the construction manager. Development and construction were supervised by LaSalle Americas.