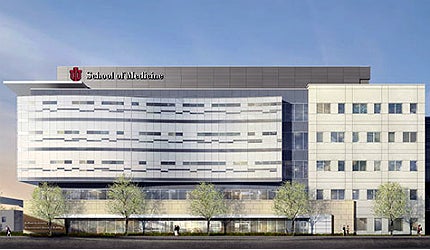 The facility focuses on expanding and strengthening the biomedical and life sciences research capabilities of the university. It is also used for conducting a wide range of research in fields such as neurotrauma, addiction, epilepsy, dementias and pain.

The new research building for neurosciences at the Indiana University has a total floor space of 138,000ft2.

It provides enhanced research facilities for neuroscientists from numerous fields, such as psychiatry, neurology, neurosurgery, rehabilitation, radiology and pathology. The aim of the project is to provide patients with the best neurological care.

The facility is connected to the 270,000ft2 ambulatory care and imaging centre built by the IU Health Neuroscience Centre with an estimated investment of more than $100m. The imaging centre was opened in August 2012.

The two facilities together created a hub of expertise in neurosciences for researchers, doctors, patients and future physicians.

Facilities at the neuroscience centre

The space in the neurosciences research building is allocated to interdisciplinary research teams for a flexible research with a disease-oriented focus, rather than assigning the space on the basis of traditional academic departments.

"The two facilities together created a hub of expertise in neurosciences for researchers, doctors, patients and future physicians."

The facility welcomes neuroscientists across the world from various disciplines such as neurology, neurosurgery, psychiatry, rehabilitation, pathology and radiology. The cluster of multidisciplines in one place results in bringing fundamental advances in the research against various nervous diseases, such as Alzheimer’s, spinal cord injuries, addiction and psychoses.

The research building provides sophisticated and world-class laboratory research spaces and facilities to the IU School of Medicine’s scientists, the Stark Neurosciences Research Institute and those from the Institute of Psychiatric Research.

The Institute of Psychiatric Research is the primary occupant of the building. It focuses on developing treatment for psychiatric disorders such as addictions, schizophrenia, anxiety, mood disorders, autism and Alzheimer’s disease.

The Stark Neurosciences Research Institute focuses on applying advances in molecular, genetic and imaging technologies. Part of the institute is relocated to the new research building. It initiates collaborative research in the building through shared technical support and centralised analytical facilities. The institute aims to achieve these through flexibility in adapting to changes in programmes and funding, and maximising the performance of scientific instruments.

The neuroscience building at Indiana University broke ground for construction in August 2012. It was opened in December 2014.

Contractors involved with the research centre

The research building was designed by BSA LifeStructures. Structural engineering support for the project was provided by TRC WorldWide Engineering. HKS Maregatti Interiors was the interior designer. Messer Construction was appointed as the general contractor and construction manager for the project.

Financing for the neurosciences facility

The Sanford Consortium for Regenerative Medicine (SCRM) inaugurated a new stem cell research facility in La Jolla in the state of California, US, in November 2011.

The New Regenerative Medicine Research Center in California was opened on 14 April 2012.