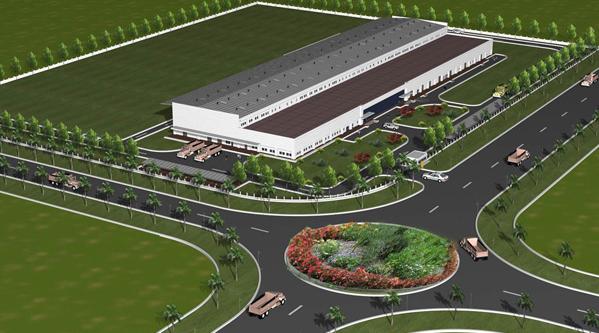 West Pharmaceutical India Packaging opened a new manufacturing plant at the special economic zone (SEZ) in Sri City, an integrated business area, in India. It is situated in the state of Andhra Pradesh, near the border of the neighbouring state Tamil Nadu. The inaugural ceremony of the plant was held in July 2014.

The manufacturing unit is a part of West Pharmaceuticals’ global supply chain, and produces seals used for the primary packaging of the company’s injectable drug products. The unit is expected to create more than 250 jobs.

West Pharmaceuticals signed a 99 year lease on a 72,800m² site in the special economic zone (SEZ) of Sri City in June 2012. The ground breaking ceremony marked the beginning of construction of the new compression moulding facility and was held in August 2012.

The plant is located at Kodambakkam near Chennai, on the eastern side of India.

Phase 1 included construction of metal seal assembly and compression moulding facility which produces metal and elastomeric pharmaceutical components for primary packaging of medicines. The facility has a built-up area of 15,300m² and the initial production of the plant’s metal components began in the first quarter of 2014.

“The new plant in Sri City is West Pharmaceutical’s first unit in India.”

India is witnessing entry of growing number of pharmaceutical companies as the market is growing and dynamic. The new plant is expected to help West Pharmaceutical meet demand in India and also establish a firm presence in the country’s market.

The new plant in Sri City is West Pharmaceutical’s first unit in India. It has been built for reducing the lead times of supply to the customers in India and also to reduce the overall production costs. Sri City has been selected due to the availability of the land, utilities, labour, and logistics and also because of the SEZ benefits.

West Pharmaceutical Services designs and manufactures packaging and delivery components for parenterally administered medicines such as injections. It supplies products to biopharmaceutical, pharmaceutical and medical device companies across the world.

West Pharmaceutical has already established its presence in Asia Pacific with one plant in Singapore, two plants in China and sales offices across a number of Asian countries including Singapore, China, India and Australia.