Nature of Disruption: Helios leverages Open Telemetry, a collection of open source observability tools that enables Dev teams to easily track how a request flows through their application and gives them the context they need to quickly resolve issues. The platform breaks down the silos associated with microservice architectures, providing developers with a full understanding of how their code interacts with the distributed app. The platform can automatically replay inputs at any point in the application flow allowing developers to reproduce issues with ease. With actionable insights and collaboration tools, the platform allows the developers to communicate and cooperate as they modify different parts of the app. The startup’s Open Telemetry software development toolkit (SDK) currently supports Go, Java, .NET, Node.js, Python, and Ruby. It can integrate with tools including Postman, build systems like Nx.dev, error monitoring solutions such as Airbrake and Sentry, data warehouses like Databricks, and major observability platforms and testing frameworks.

Outlook: Modern cloud apps consist of several microservices, cloud components, and third-party application programming interfaces (APIs). This makes it hard for developers to fully understand their code and how it interacts with the system as a whole. Helios claims that the platform is the first developer platform built specifically for cloud-native application development. In July 2022, Helios raised $5 million in a seed funding round led by co-led by Entree Capital and Amiti VC. The startup aims to use the funding to develop new features for the platform and expand its geographic presence. 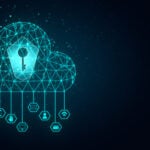 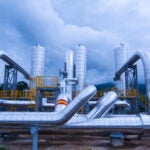