Global: The global Covid death toll has passed 5.3 million, with a figure of 5,369,231 according to researchers at Johns Hopkins University. Meanwhile, infections passed 276 million world wide.

Europe: The World Health Organization’s European chief has warned countries to brace for a “significant surge” in cases as Omicron spreads across the continent. Dr Hans Kluge said Omicron is now the dominant variant in a number of European countries, including the UK, Denmark and Portugal. “We can see another storm coming,” said Kluge. “Within weeks, Omicron will dominate in more countries of the region, pushing already stretched health systems further to the brink.”

Omicron hasn’t yet curbed road traffic in some of Europe’s biggest cities, with congestion in 15 of the continent’s capitals rising to its highest in almost three months last week, according to TomTom NV data compiled by Bloomberg. Congestion was on average 9% higher than 2019 levels, the strongest reading since early October. 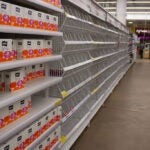 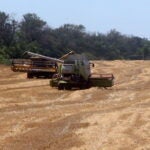 Europe’s drugs regulator is considering whether a higher booster dose of Moderna Inc.’s vaccine should be authorized for use, after the company published data showing higher levels of antibodies created against Omicron. Marco Cavaleri, head of the European Medicines Agency’s vaccines strategy, said talks with the company will take place over the coming weeks to assess whether “a full dose might be a better choice than the half dose that is currently approved.”

US: Daily coronavirus infections in the US jumped to the highest level since September, a sign the Omicron variant is spreading rapidly. Almost 254,000 cases were reported Monday, according to data compiled by Johns Hopkins University and Bloomberg. That’s up from 73,208 on Sunday, when numbers typically dip because of the weekend. The seven-day average of cases has climbed 17% in the past week to about 140,000.

Novavax Inc.’s top executive said the company expects to have data on its Covid-19 vaccine’s efficacy against the Omicron variant within days. Chief Executive Officer Stanley Erck said on Tuesday in an interview with Bloomberg Television that Novavax is working to determine how well their shot, which is based on older technology than messenger RNA vaccines, works against the fast-spreading new strain of the coronavirus.

The next mayor of New York City, Eric Adams, said on Tuesday he would postpone his inauguration ceremony, which was set for 1 January, due to the rise in cases of the Omicron variant of Covid-19. He did so shortly after the current mayor, Bill de Blasio, announced that residents who get a Covid-19 booster shot by the end of the year will receive $100.

Germany: Germany has announced a string of new measures that are to take effect from 28 December “at the latest”, in a bid to get a rampant surge in new Omicron infections under control. Chancellor Olaf Scholz said the fourth wave of infections was now under control, but warned that the fifth wave was just around the corner.

UK: A bailout package worth about £1bn for businesses losing trade because of the Omicron surge was announced by the UK’s chancellor, Rishi Sunak. The funding will primarily help firms in the leisure and hospitality sectors, and follows concerns that they have faced cancelled bookings.

US: Covid -19 infections have passed the grim landmark of 51 million. Meanwhile, the US coronavirus death toll has passed 810,000 according to Johns Hopkins University data.

The US Food and Drug Administration is poised to authorize a pair of pills from Pfizer Inc. and Merck & Co. to treat Covid-19 as soon as this week, according to people familiar with the matter — a milestone in the fight against the pandemic that will soon expand therapies for the ill. Pfizer’s pill, Paxlovid, and Merck’s molnupiravir are intended for higher-risk people who test positive for Covid. The treatments, in which patients take a series of pills at home over several days, could ease the burden on stretched hospitals with infections poised to soar through the winter in the US.

Newly infected patients saw a 54% decrease in the need for hospitalization after being given plasma from people who had recovered from the virus, according to a study by Johns Hopkins researchers that may offer hope for a new treatment option as variants threaten to reduce the effectiveness of other drugs. The plasma needed to be given early and contain a high number of antibodies, the study’s authors cautioned.

US health officials are weighing whether to change isolation recommendations for some vaccinated people so that they could return to work sooner after a breakthrough case of Covid-19.

The New York state canceled January high school Regents exams as coronavirus cases continue to surge. “New York set a daunting record last week with more Covid-19 cases reported in one day than ever before,” state Education Commissioner Betty Rosa said in a statement. “Once again, the January Regents Exams cannot be safely, equitably, and fairly administered across the state.”

UK: UK prime minister Boris Johnson has confirmed no further Covid restrictions will be put in place in England before Christmas however curbs could be imposed after 25 December.

The archbishop of Canterbury has said that people will have felt “sorrow and sadness” seeing the photograph of Downing Street staff drinking together last May because it will have reminded them of what they sacrificed. In an interview, Justin Welby hinted at his disapproval over the gathering, saying that leadership involved setting an example.

Meanwhile, Edinburgh’s annual Hogmanay street party has been cancelled, while in Wales employees face £60 fines for failing to work from home as governments tightened rules to limit the spread of the Omicron variant. The Scottish and Welsh governments also imposed limits on sporting events from Boxing Day.

France: French officials will curb outdoor revelry on New Year’s Eve in a bid to limit Covid-19 infections that risk overwhelming hospitals, Prime Minister Jean Castex said. “I’m appealing to everyone’s responsibility to find other ways to celebrate than large gatherings, and avoiding moments of conviviality,” Castex said in a televised speech on Friday, as many people in France began their winter vacations. Regional prefects will ban spontaneous parties and ask cities to hold off on fireworks and other celebrations, he said.

Belgium: Nine companies in Belgium including Arcelor, Solvay and BASF are taking part in a pilot project offering vaccination to their employees at work. Both primary shots and boosters will be available to help speed up the vaccination process and relieve the vaccination centers, according to a statement from the government. Following the pilot project that will run until at least mid-January, regional authorities will decide whether to extend it to other companies.

Germany: Germany will reduce the recommended minimum gap for an mRNA booster vaccine to three months from the previous six for people over the age of 18. In Switzerland, authorities now recommend boosters for everyone aged 16 years and older as early as four months.

Portugal: Portugal’s government ordered nightclubs and bars to shut doors and told people to work from home from 26 December to at least 9 January to control the spread of Covid-19 over the holiday period. A negative coronavirus test will also be required to stay at Portuguese hotels and outdoor gatherings will be limited to 10 people per group on New Year’s Eve.

Israel: People over the age of 60 in Israel will be eligible for a fourth Covid vaccination, the country’s prime minister, Naftali Bennett, announced. His remarks came the country recorded its first death from the Omicron variant.