There is no shortage of studies detailing the disruptive impact that automation will have on jobs, with many predicting job losses and the need for radically altered workplace skills.

With tech giants like Google, Uber and Tesla, and car manufacturers like Ford, Volkswagen and Toyota driving development in driverless technology, professional drivers are one of the most at-risk groups.

According to a recent study conducted by insurance comparison website MoneySuperMarket, 1.2m driving jobs in the United Kingdom are at risk.

Some 8.3 in every 10 driving positions face a 50% or higher chance of being taken over by automation. 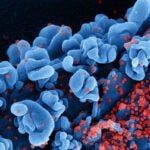 The driving jobs most at risk of automation

Addison Lee has partnered with self-driving startup Oxbotica, with plans to bring a fleet of self-driving taxis to London by 2021, and Amazon’s hopes to deliver parcels by drone have been well documented, while Volvo announced a deal last year to provide self-driving trucks to a Norwegian mine.

Given the huge cost-saving potential that driverless technology offers, it seems few jobs are safe, but which professions should be most concerned?

According to the study, delivery drivers are most at risk, with retailers experimenting with everything from curb-crawling robots to drones and driverless cars as a way of delivering goods quicker and cheaper. As a result, 98% of food delivery drivers and customer delivery drivers expected to lose their jobs to automation. If accurate, this would equate to almost 320,000 lost jobs.

However, it won’t just be the delivery process that is impacted, with driverless technology likely to be utilised in the warehouse too, with 93% of forklift drivers also expected to lose their jobs.

While disruption can be expected in all driving-related roles, some offer more security than others.

Emergency service drivers, such as fire engine operators, paramedics and police drivers, came 17th, 18th and 20th respectively for job loss out of the 20 roles looked at. Driving instructor roles are also, at least for the time being, relatively safe.

However, many experts believe that while automation will cause some job roles to disappear, it will also lead to the creation of others.

Likewise, Many of the roles in question require skills other than driving. Truck drivers, for example, must also inspect products, fix equipment, complete delivers and liaison with clients – skills which will still require human assistance despite the driving part of the process becoming automated, which will provide some reassurance for those in driving jobs.