Plummeting cost-to-compute is making machine learning, (ML), artificial intelligence (AI) and internet of things (IoT) applications more accessible than ever. Hitachi Vantara vice president for solution engineering – big data analytics & IoT Wael Elrifai argues that if we get it right, these technologies could benefit the poorest members of society.

Elaborating on themes addressed in his keynote address at the Smart IoT summit in London earlier this month, Elrifai told Verdict that while big data and AI are still considered emerging technology, the fundamental ideas behind today’s AI were described in the 40s.

“A lot of these ‘modern’ ideas came from the 70s, including the techniques my own research was based on,” he adds.

“But we crossed a tipping point in terms of cost to compute, and cloud computing arose, in the early 2000s. Running a neural network is not computationally expensive; what’s expensive is training one. You can spend literally millions of dollars on computes to train a good neural network. At the cost has dropped, the utility of neural networks and deep learning has dramatically increased.” 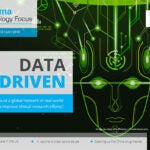 Elrifai realised when studying for a Master’s degree in economics that technology could drive logistic efficiencies that could benefit poorer people.

“Something between 10 and 12% of global GDT is spent on logistics – moving cars, people, refrigerators, medicine, food from here to there,” he says.

“Poor logistics, poor shipping mechanisms, high standard rates on shipping and a lot of downtime could cause the cost of milk to go up by two pence. Living in central London, I’m not going to notice it, and I suspect most of my neighbours wouldn’t either.

“But I’m originally from Tripoli in Northern Lebanon, which is generally considered to be the poorest city in the Mediterranean by the World Trade Organisation. When I was growing up, there was a civil war there. If the cost of shipping goes up in places that are at war and racked by poverty and there’s a 5% increase to the cost of food what do people do? They eat 5% less. And food is not something where you eat 5% less and you get just 5% less healthy.

“Creating that competition between logistics providers and as a result optimising logistics can have a dramatic impact in parts of the world that are less fortunate. It becomes a moral imperative on us to work on these things.”

On the cusp of an IoT and ML food revolution

Elrifai argues that we’re at the cusp of a revolution that could have the same impact on food availability as the introduction of the Haber-Bosch nitrogen-fixation process in the early 20th century, which helped solve the challenge of the population explosion.

“We’re using IoT and ML to optimise water spend, placement of pesticides, dealing with weeds and other pests, so food production costs are dropping,” he says. “The Haber-Bosch process dramatically dropped the cost of food – I think we’re on the cusp of another one of those. These are the things that proportionally impact the poorest people in the world.”

Elrifai says these changes are already underway, and there are facilities where ML-optimised means of production have reduced the overall cost of energy used by up to 5%; a dramatic difference in low-margin organisations. And one sector that has benefitted from being an early adopter of ML, and in turn benefitted its customers, is insurance.

“Financial services often comes across as skeezy but the bottom line is the presence of insurance has a dramatic impact on people in poor and rich countries,” says Elrifai. “IoT technology gives a sense of what’s going on in the market and the environment, which enables you to processes the predictions that allow you to provide more price-effective insurance without the asymmetric information problem that occurs elsewhere.

“In the poorest parts of the world, unpredictable odds mean you can’t provide insurance. IoT offers better predictions that make it more possible to offer insurance, which can encourage entrepreneurship, enable the purchase of capital assets, and so on because you’re not risking your entire life.”

However, Elrifai warns that a lot of the methods used to train networks are lacking in academic vigour.

“It reminds me of the first flight of the Kittyhawk where the Wright Brothers didn’t understand flight but they built something that worked,” he says. “You couldn’t have built the Concorde on the same principle.

“One of the mistakes companies still make is they hand a bunch of data to a scientist and say ‘Find me something interesting.’ I can’t find you anything interesting if I don’t understand your business process and you’re not going to be working with me. All I can do is find you what we call descriptive statistics – 16th or 17th mathematics – things like mean and mode and median.”