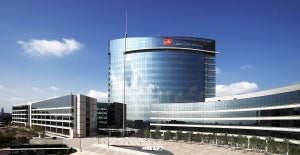 The study also found there was a statistically significant outcome in favour of paZopanib for 11 of the 14 domains, such as quality of life instruments, which included measurements of fatigue, mouth and throat soreness and foot soreness, among other measures.

“There has been limited information on the direct comparison of therapeutic agents such as paZopanib and sunitinib and we undertook the study in hopes of providing insights that will support the treatment decisions physicians make,” GSK Oncology president and managing director Paolo Paoletti said.

For the study 1110 patients were randomised to receive treatment with either paZopanib or sunitinib at their respective, approved treatment doses.

The primary endpoint was non-inferiority in progression-free survival (PFS).

Patients were treated in both arms until they showed either disease progression, unacceptable toxicity, voluntarily withdrew from study or died due to any cause.

Eleven patients had fatal adverse effects during the trial that were considered drug-related events by investigator assessments; three in the pazopanib arm and eight in the sunitinib arm.