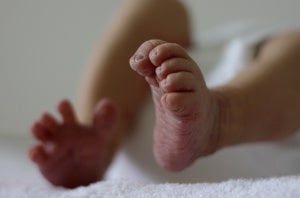 Inflammation in the womb can stop drugs intended to halt premature labour from working, researchers have discovered.

Researchers from Sheffield University say that calming a women’s immune system, which creates inflammation, could be key to stopping premature labour as this inflammation overrides drugs.

The study, published in the Journal of Biological Chemistry today, reveals that inflammation turns off genes that hold labour back.

One in every 13 babies in the UK is born prematurely.

The earlier a baby is born, the higher risk there is of fatality in the first few days of life or of developing a disability.

Scientists and doctors are generally unclear about how the body knows when to go into labour, early or otherwise – this new research sheds some light on the process.

In tissue samples researchers showed the drugs activated genes that stopped contractions, however, the chemicals produced during inflammation turned the relaxing gene back off.

One of the researchers, Dr Neil Chapman, told the BBC; “The process of human labour is such a big process that it is likely many cell functions must be controlled simultaneously: all the genes saying ‘relax’ being turned off and everything saying ‘contract’ being turned on.

“If inflammation is part of that process then drugs will need to target that as well. Due to the complexity of the whole process, however, it’s not going to be like a light switch that we can just turn on or off.”

Although not a conclusive treatment for halting premature labour, Prof Siobhan Quenby, a spokesperson for the Royal College Obstetricians and Gynaecologists, speaking to the BBC said it provides hope for the future and further studies that could assist the development of new medicines to induce labour.

Image: Researchers from Sheffield University have shed some light on the process of premature labour. Photo: Courtesy of Markus Knigge.