Despite being the third largest country in the world by population, the US has the highest number of cases and deaths from Covid-19 by quite some margin, according to the Johns Hopkins University tracker. To date, the US has had almost 8.8 million Covid-19 cases and more than 220,000 deaths associated with this viral disease.

In response to the escalating crisis and the subsequent economic downturn, US President Donald Trump has zeroed in on vaccines as the solution to a pandemic that severely threatens his ability to win a second term in office on 3 November. Back in May, Trump set up Operation Warp Speed to expedite vaccine development and has continuously declared there would be vaccine for Covid-19 approved in October.

Trump’s rhetoric has brought politics into the regulatory decisions of the US Food and Drug Administration (FDA) that should be based on scientific evidence of safety and efficacy alone. The President has tried to pressure the FDA into fast-tracking its normal stringent regulatory procedures to get a vaccine to the US population quicker, according to reporting by the Financial Times.

It is now clear that no Covid-19 vaccine will be approved prior to the November election – although it is hoped that there might be one by the end of the year – but has President Trump’s politicising of the pandemic actually undermined public trust in the FDA and the crop of experimental Covid-19 vaccines?

US Election
InflaRx seeks US FDA authorisation for Covid-19 treatment 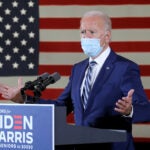 US Election
Why is President-elect Joe Biden a good pick for the pharma industry? 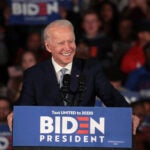 “The President’s politicisation of Covid-19 vaccines is bad for science, public health and politics”, says George Washington University associate professor of media and public affairs Peter Loge. It should be science, not politics, that determines whether or not a vaccine is safe and effective, he adds.

Indiana University associate professor of communication studies and head of the health communication PhD programme Dr Katharine Head agrees. Given the high death rate, she states, “politics has no place in rushing a vaccine just to serve a political agenda.”

Worries about how Trump’s political pressure could undermine the public’s trust in Covid-19 vaccines was evident when, in an unprecedented move, nine major pharma companies involved in coronavirus research published a joint statement. In this statement, the CEOs of AstraZeneca, BioNTech, GlaxoSmithKline, Johnson & Johnson, Merck, Moderna, Novavax, Pfizer and Sanofi pledged to develop their vaccine candidates “in accordance with high ethical standards and sound scientific principles”.

They concluded: “We believe this pledge will help ensure public confidence in the rigorous scientific and regulatory process by which Covid-19 vaccines are evaluated and may ultimately be approved.”

This “deeply impressive” move by vaccine companies made it clear they are not bowing to political pressure, notes Dr Jeremy Levin, chair of industry body the Biotechnology Innovation Organisation.

It also highlights that, although the speed of vaccine development is unprecedented, corners are not being cut. Instead, technology is being leveraged and steps are being taken in parallel, however, ensuring the safety and efficacy of these products remains the primary focus of vaccine manufacturers.

It is clear the US public is worried about potential short cuts being taken in vaccine development; Head notes it is possible Trump’s terminology around Operation Warp Speed has contributed to this. Of those polled by the Associated Press in May, 70% were concerned about the safety of these vaccines. Although 49% of those surveyed said they would get a Covid-19 vaccine, 31% said they were unsure.

Trump’s politicisation of the Covid-19 vaccine is even more damaging since it is combined with his generally “reckless”, in the words of Loge, response to the Covid-19 pandemic.

Since the early days of the Covid-19 outbreak, the World Health Organisation (WHO) has warned about the dangers of spreading misinformation around the SARS-CoV-2virus and ways to both manage the spread and treat infections effectively. As the pandemic has continued, the WHO has declared the misinformation trends to be ‘infodemic’. In an August meeting, WHO director-general Dr Tedros Adhanom Ghebreyesus stated: “We’re not just battling the virus. We’re also battling the trolls and conspiracy theorists that push misinformation and undermine the outbreak response.”

A recent study found that President Trump has been the leading cause of misinformation around the pandemic. His behaviour, which includes “speculating about nonsense cures, such as ultraviolet light and ingesting disinfectant”, as well as not correcting claims by both his family and his campaign that the pandemic is a hoax, Loge notes, has sowed uncertainty and confusion and undermined efforts by the scientific world to combat Covid-19.

He has repeatedly undermined his scientific advisors – particularly Dr Anthony Fauci, director of the National Institute of Allergy and Infectious Diseases. Loge argues this has undermined the Covid-19 response as while scientists are telling people to take every precaution against this virus, “the President says not to worry about it, [and] many are likely to follow the President”, particularly as he is suggesting an answer they prefer.

Levin agrees that the White House’s communications strategy during the pandemic is “the primary cause for the anxiety and increasing lack of confidence from the public” in vaccines.

In this context, “the first vaccines to become available will undoubtedly be faced with a great deal of scepticism”, notes clinical trial software company TrialScope’s chief strategy officer Thomas Wicks.

This, in turn, “puts the health of the nation at grave risk and the economic rebound we all want, further and further way”, concludes Levin.

Ultimately, Loge explains, the President has distracted attention away from the best approaches and solutions to the pandemic. “What we need are leaders who can help us manage a pandemic and increase faith in vaccines,” he says.

Has the reputation of the FDA been undermined?

Looking beyond just Covid-19 vaccines, there has also been some concern that Trump’s rhetoric and actions during the Covid-19 pandemic might have damaged the reputation of the FDA.

There is particular worry case given that the President’s support of anti-malarial hydroxychloroquine – in March, he referred to it as a ‘game-changer’, with the FDA subsequently granting emergency use authorisation (EUA) for the drug, despite insufficient and largely anecdotal evidence suggesting it was both safe and effective in treating Covid-19. The FDA later revoked the EUA in June, based on new scientific data.

The initial EUA by the FDA was decried by former executives of the agency who had served under Trump and his predecessor Barack Obama, according to an article in Science. They claimed the decision over hydroxychloroquine undermined the FDA’s scientific authority as it seemed to be a response to political pressure rather than scientific evidence.

Loge notes that the success of the FDA relies on the public trusting that “much more often than not, those scientists get it right”. The role of the President is to give the FDA “tools they need to do the job and then remind the public to have trust” in the institution.

“He should not undermine the public faith in those on whom we rely for public health,” concludes Loge.

To combat the impact this politicising of Covid-19 and associated misinformation has had on public trust of Covid-19 vaccines and the FDA, there is a need for better messaging to reassure people that proper protocols are being followed by both pharma companies and the FDA.

It is evident that the US public is not well informed about either the FDA and its processes or how vaccines are developed, tested or produced.

Therefore, there is a need for political leaders, as well as those heading up regulators, to educate the public on these details, Loge states.

Pharma companies could also support these messages by being more transparent in sharing their clinical data, notes Wicks. Loge adds that pharma companies also need to continuously make it clear that they are “putting public health above private gain” or political kudos as the pandemic rages on.

Head believes these methods could help to alleviate some of the concerns around vaccine safety that seem to be a major contributor to Covid-19 vaccine hesitancy.

Although the Covid-19 pandemic feels unique, there will likely be another outbreak of a new virus and another public health crisis. Transparency and rebuilding public trust after the mishandling of the Covid-19 pandemic by Trump will help the US not only respond to the next crisis, but restore trust in other vaccination campaigns, such as flu jabs.

“Only the rapid and comprehensive disclosure of clinical data supported by peer-reviewed publications will give the healthcare systems and the public the confidence to participate in future vaccination programmes,” concludes Wicks.