The endometriosis market has long been dominated by generic and off-label medications. AbbVie’s Orilissa (elagolix) launched in 2018 and was the first endometriosis-specific medication in over a decade. This gonadotropin-releasing hormone (GnRH) antagonist was the first of its class, promising a more effective side-effect profile compared to the GnRH agonists such as Zoladex (goserelin) and Synarel (nafarelin acetate). These medications are associated with high bone mineral density (BMD) loss as well as menopause-like symptoms such as hot flashes. However, key opinion leaders (KOLs) interviewed by GlobalData noted that Orilissa’s uptake was ‘slow and disappointing.’ Despite this newly launched medication, the endometriosis field has remained relatively the same, with physicians globally prescribing non-steroidal anti-inflammatory drugs (NSADs) and oral contraceptives off-label as first-line therapies. Currently, this is set to change with a pipeline full of promising therapeutics.

Two GnRH antagonists, ObsEva’s Yselty (linzagolix) and Myovant Sciences/Pfizer’s Relugolix combination tablet, are set to launch across the seven major pharmaceutical markets (7MM), the US, five major European markets (5EU) (France, Germany, Italy, Spain, and the UK) and Japan, in the next two years. Relugolix will launch in Japan first, entering that market in 2022. These medications will be the first GnRH antagonists launched in the 5EU and Japan, which will bolster the endometriosis market significantly. Ferring Pharmaceutical’s Quinagolide vaginal ring is also promising, as its mechanism of administration offers higher bioavailability and does not interfere with ovulation, allowing a woman to treat her endometriosis-associated pain and also conceive. This is a significant unmet need in the endometriosis field, as currently marketed therapies do not allow for conception while taking medication.

One of the most frequently discussed unmet needs among KOLs interviewed by GlobalData across the 7MM is the necessity for greater awareness of endometriosis among both the public and medical professionals. Promoting disease awareness increases the likelihood of early diagnosis. Globally, women experience an average delay of seven to ten years between symptom onset and diagnosis time, by which point the disease may have progressed significantly, potentially affecting fertility. Some KOLs noted this unmet need is already beginning to be addressed.

An EU key opinion leader said: “I think physician awareness is becoming much better, I have to say. I think in the last five years, people [have spoken] up about endometriosis, [and] people will [continue to] speak up about the disease. And doctors have [the disease] in their mind.” 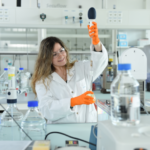 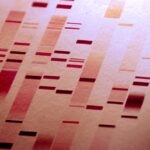 Comment
From rare diseases to Covid-19: charting the history of Genomics England

In order for a patient to receive a proper and timely diagnosis, non-invasive diagnostic methods are also needed in the endometriosis field. Laparoscopy, the only way to definitively diagnose endometriosis, is an invasive and imprecise procedure that carries risks such as considerable cost, high misdiagnosis rates, and anaesthetic and surgical risks. One example of a noninvasive diagnostic technique is biomarker utilisation. Biomarkers are especially relevant for specific subgroups of undiagnosed patients such as those with minimal or mild symptoms and negative ultrasounds. Compared to a laparoscopy, biomarkers may be able to provide a more timely and accurate diagnosis. They could also aid in gauging treatment efficacy by monitoring pain reduction and increased fertility. Given the high rate of endometriosis lesion reoccurrence, biomarkers could also predict the recurrence of the disease to help doctors gain a deeper understanding of its pathology. Biomarkers such as cancer antigen (CA)-125, CA-199, interleukin-6 and urocortin are a few of the hundreds of biomarkers that have been investigated for endometriosis over the past several decades. Other potential non-invasive biomarkers that could be detected by a blood test are circulating micro ribonucleic acid (miRNA) and neurotrophins brain-derived neurotrophic factor (BDNF). These options are all being investigated, although there is no indication as to how soon they may be available.

“Now everyone is trying to find an application for the microRNAs and long non-coding RNAs. I’m aware of a company that has recently gone public in the US, trying to combine a family of microRNAs and use this as a screening tool at an early stage. It’s not an easy area of research because it’s very tricky technology, but I think that would be a nice way to put a step forward and try to move beyond laparoscopy and ultrasound, which [are] not sensitive enough,” according to EU key opinion leader.

“I expect that diagnosis rates [for endometriosis] will increase in the next five to ten years, approximately by 20% to 30%, [due to] improvements in diagnostic testing and improved diagnostic skills of the physician. The best strategy will be to find a non-invasive biomarker, or even better a combination of non-invasive biomarkers, to allow [for] early diagnosis and treatment of the disease, before progression to advanced stages,” an EU key opinion leader said.

In addition to the need for non-hormonal therapeutics, increased disease awareness and non-invasive diagnostic procedures, another unmet need in the endometriosis field is drugs with long-term safety and efficacy. Current therapies can only be used for a maximum of approximately two years, including Orilissa due to the risk of bone loss. There is a considerable level of need for more efficacious, targeted therapies with safe long-term use and tolerability in order to effectively manage this highly prevalent chronic condition. Endometriosis-associated pain remains a problem that is not sufficiently addressed by existing therapies. Although medication may sufficiently alleviate pain during use, the therapies are not nearly as effective as needed upon discontinuation, with frequent pain relapses. One avenue by which physicians have attempted to address the limited availability of long-term therapy for this chronic disorder is to control symptoms with off-label use of hormonal contraceptives, which can be prescribed for years as long as the patient has no desire to conceive.

Finally, there is a gap in the understanding of the disease’s aetiology and pathophysiology. Since endometriosis remains a chronic disease of unknown aetiology, the current therapies only address the symptoms and not the root causes. As a result, disease recurrence is expected once a patient stops treatment. This high relapse rate poses an underestimated ongoing medical and commercial unmet need for the treatment of endometriosis. Although research is ongoing to characterise the risk factors for recurrence and biomarkers for the disease, a deeper understanding is needed to provide insight into a potential means to control this phenomenon. Although endometriosis-associated pain is sufficiently managed by surgical and medical therapies in many cases, the efficacy of these treatments often wanes over time.

In order for therapies to effectively address concerns for endometriosis patients, many needs must still be addressed. There is potential for a non-hormonal drug with long-term safety in Quinagolide, although KOLs indicate that the pilot study for the drug provided efficacy data that was lower than anticipated. Disease awareness has increased over the past few years, although this varies by country and must continue to be promoted. A better understanding of endometriosis’ aetiology and pathophysiology, as well as non-invasive diagnostic methods, remain lacking but are highly important to properly diagnose and treat this debilitating disease.