Before the Covid-19 pandemic, government-led investment and engagement in life sciences was relatively restricted worldwide, with the industry mostly funded via private investment. The pandemic forced governments to acknowledge that this status quo had to change.

Since 2020, government agencies have provided funding for expensive late-stage vaccine development and the expansion of manufacturing capacity, as well as other key pharmaceutical activities. This included more than £6bn ($7.3bn) being made available by the UK Government in November 2020 for the development and procurement of successful vaccines. These activities had previously been funded mostly by the industry itself. The shift from private to public funding enabled more rapid development of Covid-19 drugs and vaccines. One example where this funding played a key role was allowing vaccine developers to operate at risk by performing multiple development stages simultaneously. As a result, multiple vaccines, including Pfizer/BioNTech’s mRNA vaccine, Comirnaty, were licensed for use within a year of development beginning.

The Covid-19 pandemic represents an exceptional case, however, and it is unclear whether the change to the relationship between governments and the life sciences industry will persist beyond the pandemic. While the need for vaccines and drugs appeared more urgent than ever during the pandemic, it is possible that there will be more severe public health crises in years to come.

One looming threat is antimicrobial resistance (AMR), which has been described as the ‘silent pandemic’. AMR occurs when disease-causing bacteria become resistant or immune to the antibiotics used to treat them. AMR is already the third leading cause of death worldwide, causing around 1.27 million direct deaths in 2019 and an additional 4.95 million associated deaths, and these numbers continue to grow. Previous studies estimate that antibiotic-resistant deaths will reach ten million by 2050, although given current trends, this number may rise substantially. 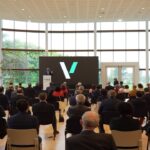 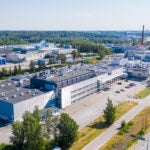 If left unchecked, it may soon not be possible to use antibiotics as prophylaxis for immunocompromised patients during chemotherapy or organ transplants. Moreover, without effective antibiotics, epidemic bacterial infections will become common in the developed world and the risk of infections after surgery will increase. Despite this, there has yet to be a coordinated global response as seen for malaria, human immunodeficiency virus (HIV) or Covid-19.

The explanation for this is multifactorial. Many new therapeutics are needed to treat the broad range of bacterial infections, and bringing new antibiotics to market is both difficult and expensive. One key scientific challenge is the ability to develop antibiotics that can penetrate gram-negative bacteria’s built-in defence mechanisms and kill these drug-resistant pathogens. Furthermore, it is especially difficult to develop entirely novel classes of antibiotics that are selectively toxic, killing bacteria without harming humans.

A 2017 article in Health Policy estimates that the cost of developing an antibiotic is around $1.5bn, while according to a 2020 article in Nature, the average revenue generated from an antibiotic’s sale is about $46m a year. As a result, many large pharmaceutical firms have dropped out of the market in favour of pursuing more profitable areas of drug development, such as oncology. Stagnation in the field is apparent, with a World Health Organisation (WHO) report from last year noting that since 2017, only 12 antibiotics have been approved and more than 80% of these are from existing classes that have AMR mechanisms. Moreover, only six out of 27 antibiotics under development against WHO bacterial priority pathogens fulfil at least one of the WHO’s innovation criteria.

To overcome this threat, a variety of approaches must be taken, including improved prescribing, reduced usage of antibiotics in the agricultural industry, and better education of governments, healthcare professionals and the public about the risk of AMR. The most significant challenge, however, is solving the lack of market incentive. For this, it will be necessary for governments to establish substantial incentive schemes to encourage pharmaceutical companies to invest more time, effort and money into antibiotic research. This could allow companies to build on some exciting recent developments in the field, such as the use of artificial intelligence by a team at the Massachusetts Institute of Technology (MIT) to discover the powerful new antibiotic halicin.

The types of schemes that could be used to stimulate greater antibiotic development include market entry rewards and legislation to extend patent ownership—thereby improving the chances of companies recouping the large research and development (R&D) costs. These should be developed alongside worldwide initiatives and collaborative efforts to pool both research and educational resources. There have already been some initiatives set up, such as the AMR Industry Alliance, which raised $1.6bn in 2018, but multiple top pharmaceutical companies have since left the alliance as they did not believe there was sufficient support for antibiotic R&D. If robust support comes from governments, pharma companies will grow in confidence about entering this area, and hopefully, a much-needed flurry of antibiotics will be developed.