Tourette syndrome (TS) is a neurodevelopmental disorder that is usually diagnosed in early childhood. Although findings have shown TS to be genetically inherited as a dominant gene, this disorder is also likely to occur due to various genes interacting with other factors in the environment, such as smoking during pregnancy. There are now accumulating data that further strengthen the evidence that suggests maternal smoking during pregnancy (MSDP) is a risk factor for TS.

According to GlobalData epidemiologists, the number of diagnosed prevalent cases of TS in the 16 major pharmaceutical markets (16MM, namely the US, France, Germany, Italy, Spain, UK, Japan, Australia, Brazil, Canada, China, India, Mexico, Russia, South Africa and South Korea) is expected to decrease slightly from 2.05 million cases this year to 2.03 million cases in 2028, as illustrated in Figure 1. TS is more likely to develop in boys than girls, and its prevalence tends to increase with age. Tics usually first appear at around age five, but the exact cause resulting in the development of TS is unclear despite medical experts speculating a combination of genetics and environment.

A recent systematic review and meta-analysis published in Obstetrics and Gynecology by Ayubi and colleagues analysed data from seven out of 641 studies initially included, to determine the link between mothers who smoked during pregnancy and the development of tics in post-natal life. Ayubi and colleagues found that the risk of TS among offspring of MSDP increased by 35%. In addition, a recent Danish prospective population-based study published in Molecular Psychiatry conducted an analysis of 531 tic disorder (TD)/chronic tic disorder (CTD) patients. The study reported a link between heavy smoking (>10 cigarettes) during pregnancy and a 71% increased risk of TD/CTD after controlling for a wide range of potential confounders, including birth weight and preterm birth. 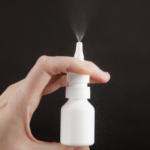 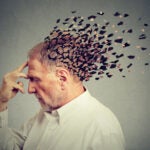 While evidence shows that smoking during pregnancy is associated with the development of tics later in life, it is not the only risk factor. The Avon Longitudinal Study of Parents and Children (ALSPAC), published in The British Journal of Psychiatry, found that the environmental link was not limited to maternal smoking, but extended to the mother gaining inadequate weight while pregnant, her consumption of cannabis or alcohol, and whether the child was the firstborn. The Avon study was a prospective population-based pre-birth cohort that followed more than 6,000 pregnant women and their children.

In the study, alcohol and cannabis use in the last two months of pregnancy showed significant associations with developing TS. In addition, inadequate maternal weight gain continued to show a trend of association with TS, with an almost two to threefold increase in the risk of developing CTD/TS. This implies that environmental factors are not the sole cause of the disorder, but that a variety of genetic and environmental factors interacting together likely play a role in the development of TS in children.

More research is needed to better understand the cause and risk factors for TS in order to reduce the chances of an individual developing it. Identifying environmental causes for TD and its related psychiatric conditions is important to narrowing down the specific risk factors and allowing health organisations to develop more effective prevention strategies. Finding out how these environmental factors exert their effects on risk will provide a better understanding of the biological mechanisms that underlie this specific disorder.