The UK Parliament debate on endometriosis and polycystic ovary syndrome (PCOS) was postponed from 18 October to 1 November due to the death of Conservative MP Sir David Amess. David Mundell, Conservative MP for Dumfriesshire, Clydesdale and Tweeddale, opened the discussion by stating that Amess was a ‘champion of those living with endometriosis, having chaired the all-party parliamentary group on endometriosis since its inception in 2018’ who had been ‘a crusader for the cause long before that, after a constituent contacted him about their struggles with the condition.’ Later in the debate, Labour MP Bell Ribeiro-Addy expressed her appreciation for Amess’ championing an issue that is usually pushed forward in the House of Commons by women. She also shared her personal struggles with endometriosis, including her five-year diagnosis delay, ‘horrible’ experience with laparoscopy, and daily pain.

According to key opinion leaders (KOLs) interviewed by GlobalData, due to the invasiveness and cost of laparoscopies, this surgical procedure is not performed as often in the European Union (EU) as in the US to make a diagnosis. Instead, physicians opt to assess patients based on symptomatology before treating the suspected endometriosis accordingly. Ribeiro-Addy’s five-year diagnosis delay is, unfortunately, not uncommon. KOLs interviewed by GlobalData added that infertility will often prompt a patient to seek medical treatment, yet in the case of endometriosis, by this point, the disease has already created ovarian cysts that are destroying healthy ovarian tissue. As a result, the diagnosis delay associated with endometriosis can be detrimental.

Labour MP Taiwo Owatemi, who opened and moderated the debate, made clear her support for the petition. In comparing endometriosis and PCOS to indications of similar prevalence, she said the following:

“Endometriosis can cause chronic bowel and bladder-related symptoms and depression, yet I have heard from countless women that, after finally being diagnosed with endometriosis or PCOS, they are told by their GP to come back when they want to get pregnant and are then sent on their way, without targeted treatment. 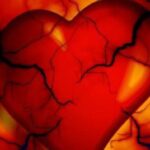 Comment
Women with pregnancy losses are at risk of cardiovascular disease

“It is extraordinary to think that there is the same number of women in the UK who have endometriosis as there are people diagnosed with type 2 diabetes. Nobody would suggest that a person suffering from diabetes come back when they decide to get married, so that they can manage swelling in their fingers before buying a wedding ring—that would be absurd.

“One in ten people in the UK suffers from asthma, yet it would be completely unthinkable to tell someone with asthma to come back when they decide they want to run a marathon. Endometriosis and PCOS are about so much more than having difficult conceiving.”

Indeed, the effects of endometriosis can be felt long before a woman is trying to conceive, with some sufferers being as young as 11 years old. Infertility is just one of many negative consequences of these illnesses. KOLs discussed that side effects vary widely across cases, which include but are not limited to excess facial hair, chronic acne, bowel and bladder-related symptoms, depression and anxiety, menstrual pain, and infertility. Owatemi also mentioned that there is only one dedicated PCOS clinic in the entirety of the UK. The clinic’s head researcher of that clinic and their specialist nurse noted that funding for PCOS and endometriosis is attached to funding bundles for other diseases, thereby limiting the resources allotted to the individual indications.

Other important points in the discussion include recognising endometriosis in statutory support as a source of chronic instability, and the potential of formally including measures about mandatory research into endometriosis in the new Health and Care Bill. In their arguments, MPs highlighted various statistics underscoring the severity of endometriosis: the average diagnosis time is seven to eight years, 40% of women take ten or more appointments before receiving tests and diagnoses, and just 3% of all medical research funding in the UK is focused on female-specific diseases. Ribeiro-Addy, Labour MP Barbara Keeley and Scottish National Party (SNP) MP Kirsten Oswald shared their own experiences battling with endometriosis and PCOS, with other MPs also sharing stories of UK citizens who had written in about their struggles. Finally, Keeley addressed the existing case backlog as a result of the Covid-19 pandemic, stating that around 80% of women with confirmed or suspected endometriosis have had their National Health Service (NHS) appointments postponed or canceled.

In response to the statements made, Conservative MP Maria Caulfield spoke as Parliamentary Under-Secretary of State for Health and Social Care. She acknowledged research is not adequately addressing women’s issues, but countered the argument for more funding. She stated that over the past five years, the National Institute for Health Research (NIHR) has given $11.43m of funding for endometriosis research and $8.92m for PCOS research. In doing so, she emphasised that funding is not the problem at hand, but rather encouraged those who would like to conduct research to make their requests known by submitting applications and bids. Caulfield also acknowledged the Covid-induced backlog, adding that money for elective procedures had been allocated in the spending review to attend to waitlisted patients.

In summarising the discussion, Owatemi stated that she looked forward to hearing from the government about their strategy to make funding for endometriosis and PCOS more readily available, as well as how to improve research. So what are the implications of the debate? It does not appear that the UK Government plans to immediately increase funding for research into endometriosis and PCOS. Several amendments to include issues such as women’s health and reproductive health in the Health and Care Bill were denied, which points to an unwillingness to prioritise women’s health issues in the state agenda. Although the debate did not result in immediate funding, it did place these two indications on a national platform, increasing awareness and opening an important dialogue. After hearing the conviction of MPs who are rallying around endometriosis and PCOS, it is clear this is not the end, but just the beginning, of a movement to improve women’s health indications in the UK.