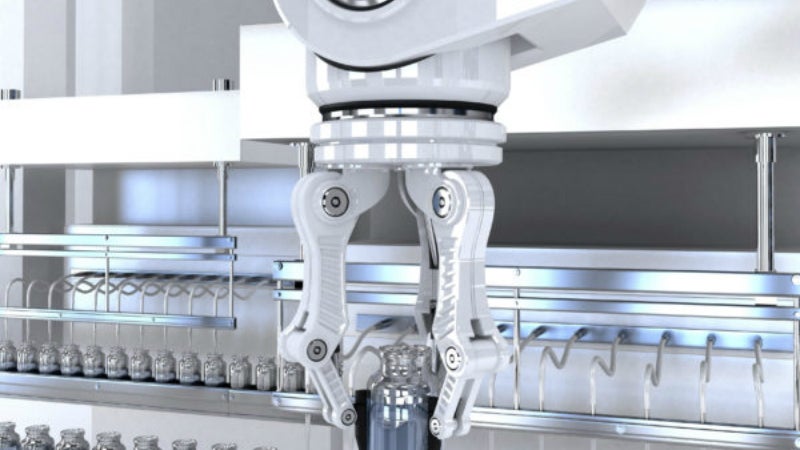 Technology is a diverse arena, which constantly grows and changes.

But this is nothing new; although we consider our technological advances as being relatively recent, American history is replete with examples of how technology innovation has revolutionised the country and people’s lives.

Let’s take a moment to look back at the precursor of our modern day digital revolution, the second industrial revolution also known as the technological revolution. Between 1870 and 1914, advancements in the technologies associated with manufacturing and large-scale production of goods skyrocketed in the US as the country’s newly developed transportation infrastructure allowed free movement of goods and workers.

Unlike the first Industrial Revolution with its focus on heavy engineering, the period distinguished professor emeritus at the University of Manitoba Vaclav Smil termed the age of synergy (also known as the technological revolution) saw a focus on innovation that was rooted in science.

Fast-forward one hundred years and we find a period of unprecedented interweaving of and reliance upon science and technology. From global communications, to space research, to automated manufacturing and production, 21st century infrastructure offers many unseen challenges and opportunities.

In a scenario unimaginable to our predecessors, roles previously filled by highly trained human workers are now increasingly undertaken by automated processes and automated workers.
The advantages of these new non-human workers are obvious: absolute precision, 24-hour operation, no downtime, freedom from physical limitation, ability to perform precise, repetitive, and tedious tasks, and complete consistency in every role.
With advances in artificial cognition and machine learning and the availability of ever cheaper sensors, it is estimated 70% of occupations will be replaced by automated workers within the next eighty years.

So how does this play out in our cleanrooms and contamination-controlled environments? Unsurprisingly, the advantages are abundantly clear. As Jane Eudy points out in her article in Controlled Environments Magazine, in addition to the increased efficiency in production, the advent of robots in the cleanroom leads to the almost complete eradication of human contamination. She says, "Of the many potential sources of contamination in cleanrooms and other clean manufacturing environments, none is more persistent, pervasive or pernicious than the human beings who occupy them."

As industry insiders are too all well aware, even the most diligent workers in the cleanroom environment shed particles such as skin or dandruff at a rate of 100,000 particles per minute. This pertains to workers in positions where they are standing, sitting, or motionless. This data doesn’t even take into account the possible introduction of other contaminants such as the bacteria, molds, yeasts, pollen, household dusts, or smoke residues, of which human personnel can be direct vectors.

From a contamination-control perspective and in solid business terms it seems the on-going introduction of mechanised workers into critical environments is a sound decision. As Rush LaSalle of Adept Technology notes in an article for Industry Week, "Automating cleanroom processes will increase production, reduce cycle times and decrease manufacturers’ costs."

But that is only one view of the overall picture. At the same time as they eliminate (for the most part) the potential for human-borne cleanroom contamination, robots do risk introducing their own contaminants; an issue, which needs to be taken into account when considering the extent critical environments can ever be personnel-free.

Robots are certified as appropriate for different industries and cleanroom levels according to the number of particles they generate when in motion, and this certification goes way beyond the standards applied to humans. Before starting their first day on a job, a robot must submit to particle counters calibrated to exceed National Institute of Standards and Technology (NIST) standards, as well as Japanese industrial standards (JIS) B 9921 and ASTM F 328-98.

In addition, a stringent protocol must be followed when conveying the robots into the critical environment so particle introduction is minimised. In transit from their manufacturer, they are wrapped in multiple layers of packaging, which are removed on-site only as the robot passes through a series of increasingly cleaner spaces and the layers are wiped down for decontamination. During installation, the robot bodies must be prepared for use by repeatedly wiping them and should also be connected to a vacuum system to thoroughly cleanse them of particulate matter.

In terms of preparatory work, it’s a significant challenge and one that can only be done by human personnel. As can the on-going work of actually monitoring the performance and calibration of these automatons in the lab. But it’s a challenge industries crucial to the current tech revolution, such as micro-electronics and semi-conductor industries are willing to undertake.

In a press release published in Newsmaker, experts estimate the growth of the global cleanroom robot market as 5.39% compounded annually during the next four years (2016-2020). Manufacturers such as Yamaha Robotics and Yaskawa Electric and vendor partners like Panasonic, Omron Adept Technologies, Toshiba, and Universal Robotics clearly see the potential for contamination-free automation but also concede that high costs of installation and integration could be a significant hurdle for potential customers.

At this point in time and viewed through a lens outside of the robotics industry, it could be argued that the ideal balance may well be one where highly-trained but lower-cost human personnel work in harmony alongside their perfectly precise and consistent automated counterparts; at least until such time as we enter the putative third Technological Revolution, the age of self-aware robotics.

Management of a Sterile Cleanroom

There is a risk that consumables' inefficient manufacturing processes may cause contanination of the cleanroom.This...

Cleaning Floors and Walls in a Cleanroom Environment

Floors and walls have large surface areas and must therefore need wiping cloths and techniques...

Should We Welcome Autonomous Driving Robots?

When investigating the rise of the robot in the cleanroom, we looked at the roots...