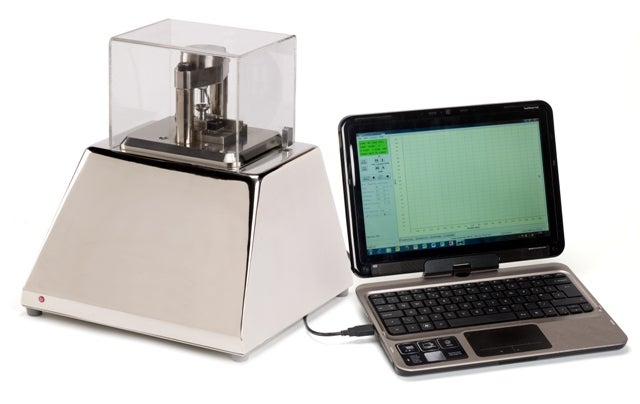 Gamlen R series tablet presses have been used to demonstrate the use of statistical methodologies of principal components analysis (PCA) and design of experiments (DoE) in a workshop on understanding and optimising chemical processes.

Delivered by the Industrial Statistics Research Unit (ISRU), Newcastle University and the Department of Chemistry, Durham University, the Gamlen R series (formally the GTP-1) was used during practical sessions to produce tabletability data.

Durham University professor Patrick Steel said: "As part of the course we conducted a laboratory experiment.

"One of the problems in creating the course is designing an experiment that will deliver reproducible results so that the students can generate models from the data.

"We were keen to choose a chemistry orientated experiment. With tablet-making, there are a number of variables that can be controlled such as the speed of the press, the composition of the tablet and the compaction force.

"These are all variables that we could adjust fairly easily in the lab experiment.

"During trialling, we quickly found that the Gamlen tablet press generated very consistent results and allowed control of variables, which made the Gamlen R series an ideal tool to teach the important course principles.

"Experiments were conducted repeatedly over the two consecutive days of the course and were found to generate the same data.

"To get our course objectives across, it was imperative that we could rely on the experiment to work and the Gamlen tablet press gave us that reproducibility.

"If errors occurred, something had gone wrong in the experiment itself i.e. errors were errors, not random noise in the data.

"This was important as it supported the material we were teaching."

Gamlen R series tablet presses are easy to use, with novice users requiring as little as 30 minutes training to be able to control basic functions of the instruments.

Ideal for the academic research market, the Gamlen R series machines are entirely computer-controlled and portable laboratory instruments that enable understanding and experimentation with the relationship between the properties of substances, the composition of a formulation and the manufacturing process.