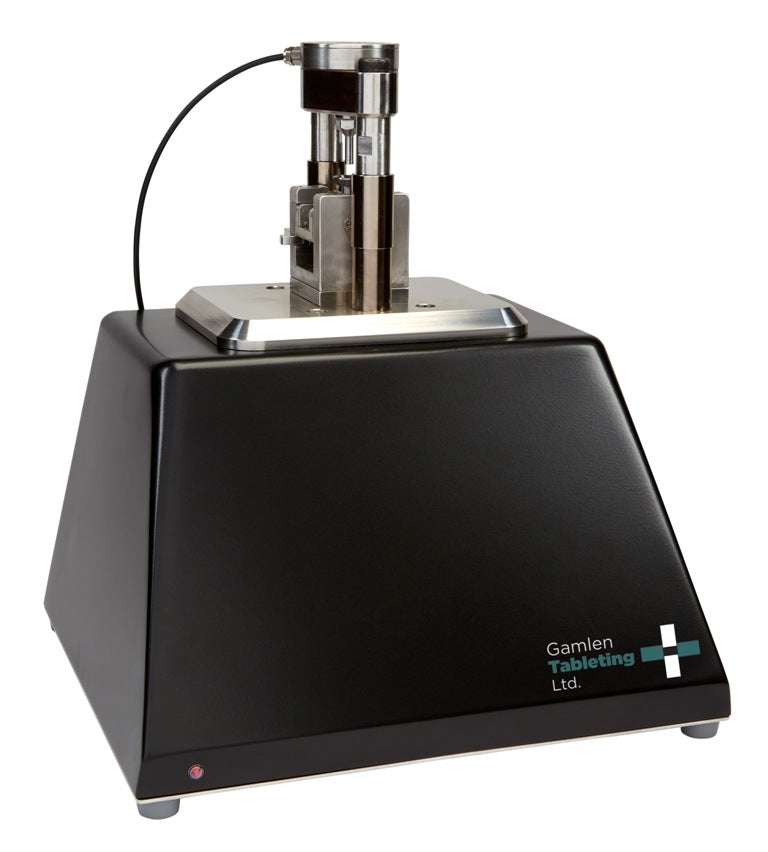 Michael Gamlen, managing director, commented: "The D-series will change the way scientists characterize materials. The key element of the D series is our unique dynamic compaction analysis software which allows researchers to characterise the elasticity and plasticity of materials at each compaction event, as well as their lubricity and punch detachment behaviour.

"This is in addition to recording, in real-time, compaction and ejection profiles of an API, excipient, or drug formulation. Researchers will now be able to create a database of material-specific data to support a wide variety of investigations, such as screening for compatible excipients, and enabling accelerated formulation and process development and scale-up to manufacturing."

Tablet tensile strength can be measured on a D-series instrument via an included high-sensitivity load cell, or alternatively by using the Gamlen Tablet Tensile Analyzer. The Gamlen Tablet Tensile Analyzer is a complementary stand-alone system which measures tablet fracture stress properties in addition to out-of-die weight and thickness of a tablet produced on a D-series instrument.

The included TTA software package automatically captures all of these parameters and produces Compaction Triangle plots of compactibility, compressibility, and tabletability.

With a rapidly expanding product range, Gamlen Tableting has transformed the entire Gamlen product line to include the Gamlen M series, for small-scale manufacture of tablets under tightly controlled conditions, and the R series (formerly known as the GTP-1) to support fundamental tableting research and development in a university or company environment.