Emisphere Technologies is a drug delivery company that develops improved oral formulations of poorly permeable APIs such as peptides, proteins, oligonucleotides and polysaccharides, as well as polar small molecules. 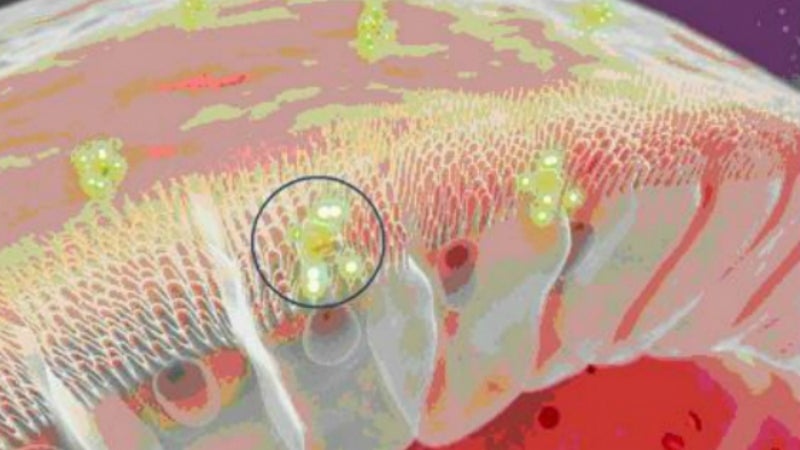 Carriers (the white dots) increase the permeability of peptides, proteins or oligonucleotides (green entity), which are shown as they start their passage through an epithelial GI cell to the bloodstream (on the bottom).
Peptide (insulin) labelled with green dye is transported into CACO-2 cells. Early in the process is shown on the left and later on the right. No drug enters the cells without a carrier present.
Eligen B12 shows a large increase in oral bioavailability. In B12 deficient patients, Eligen Technology‘s differentiated mechanism of absorption can be an advantage.
Eligen B12 tablets allow for a switch from injections to oral dosage for individuals with low levels of B12. The tablets are a blend of B12, carrier and standard pharmaceutical excipients.

Emisphere’s drug delivery technology provides an improved convenience and compliance that an oral formulation brings. In addition, oral dosing may improve safety and efficacy due to the ease of more frequent dosing compared to bolus dosing of biologics or small molecules.