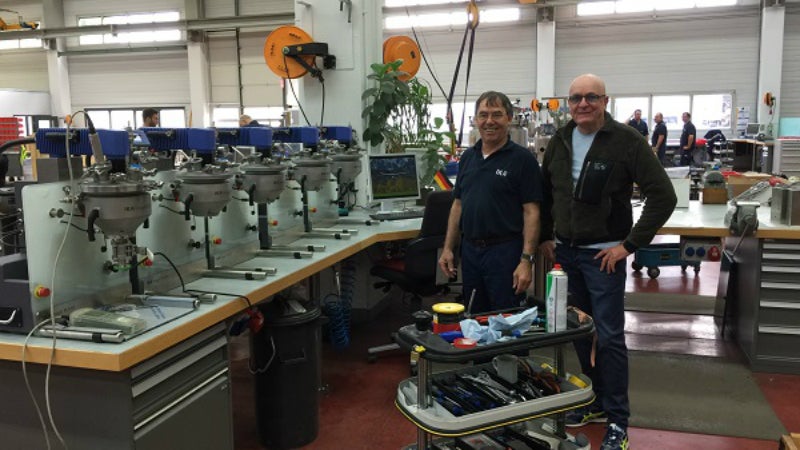 IKA’s owner and president René Stiegelmann has spent some time with the team in Germany.

While participating in several meetings, Stiegelmann also spent time with the team in Process, visiting service technician Vitali Fix and assembler Fred Kottal for the magic PLANT and the HPH 2000/5, which are due to be released soon.

In addition, Process had an important month preparing for the Interpack exposition that took place in Duesseldorf, Germany. Interpack is one of the largest expos in the world for packaging technology.

Among the products exhibited were SPP 500, CMX 2000/05, magic PLANT, CONIKA, Pilotina, CD 100, RTS, and UTC 115, as well as the newly introduced flow cell ElectraSyn flow. IKA participated for the first time and had a great turnout.