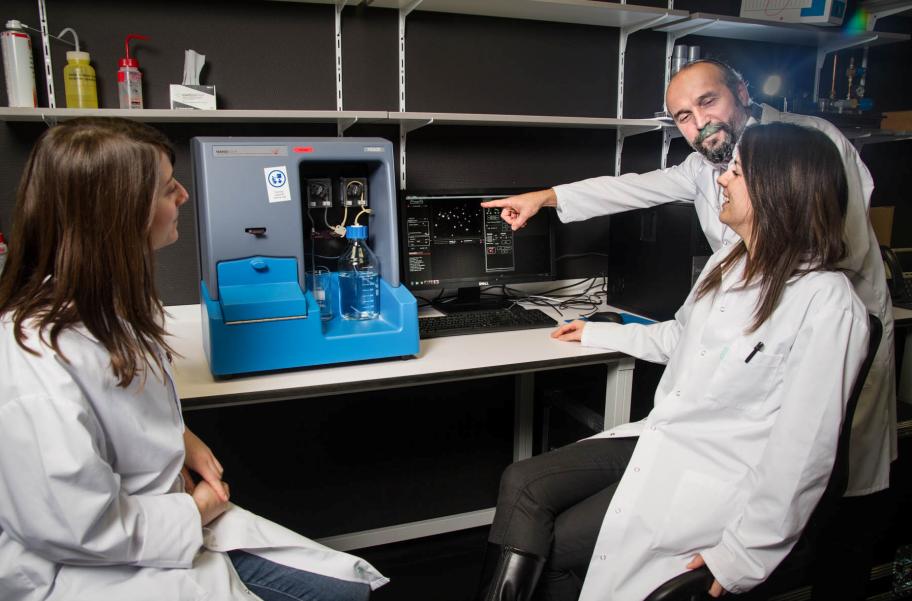 Researchers within the the Departement Environnement et Agro-biotechnologies (EVA) of the Centre de Recherche Public – Gabriel Lippmann, Luxembourg, are using the nanoparticle tracking analysis (NTA) technique for the characterisation of nanoparticles within their toxicological studies.

A team led by toxicologist Dr Arno Gutleb is working closely with colleagues in the Département Science et Analyse des Matériaux (SAM) both to characterise the particles that they produce and to investigate the environmental and toxicological impact of these and other nanomaterials.

For the past 18 months, Dr Gutleb’s team has used the NanoSight NS500, which is now part of Malvern Instruments’ nanoparticle characterisation portfolio, to support the generation and interpretation of environmental risk and toxicity data from nanoparticle testing. With applications ranging from the particle analysis of micelles in foodstuffs to the study of nanosized sediments in water, the NanoSight NS500 has become a highly valued analytical workhorse for a variety of high end research areas.

"Such is the sensitivity of nanosized particles that even seemingly identical media, such as water taken from two different taps, can result in substantial variations in their behaviour."

"The behaviour of nanoparticles varies significantly depending on the medium in which they are found," explained Dr Gutleb. "Such is the sensitivity of nanosized particles that even seemingly identical media, such as water taken from two different taps, can result in substantial variations in their behaviour.

"With NTA we are able to sensitively monitor the behaviour of a nanoparticle over time in a variety of different media. This makes it possible to accurately determine the level of environmental risk posed by nanoparticles, allowing us to produce and publish toxicity reports to increasingly higher standards of reliability."

NTA is a unique method of nanoparticle characterisation that uses a combination of light scattering and particle visualisation to monitor the movement, behaviour and interaction of nanoparticles dispersed within a medium. Over the past year and a half, NTA has been routinely employed by the EVA department for a range of in-vitro applications, allowing operators to perform fundamental examinations of nanoparticle behaviour and interactions within a variety of real life media prior to and throughout toxicity testing.

The technique provides information on a range of physical nanoparticle characteristics. Its use within EVA is truly varied and researchers perform nanoparticle toxicological testing for a broad range of emerging nanomaterials in the environment, medicine, consumables and geology sectors.