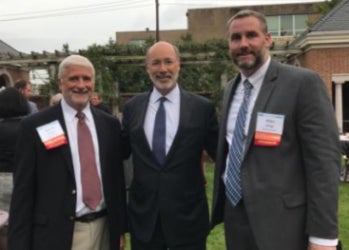 Klinge Corporation has served as a Bronze Sponsor of the World Trade Center Harrisburg’s event Bringing the World to You.

At the event, trade representatives worldwide met with local companies seeking trade assistance. Fifteen trade offices from across the globe met with companies from the southcentral region to consult on regulatory information, market intelligence, competitive intelligence, market entry strategy, and other trade services.

As Klinge Corporation primarily exports its transport refrigeration systems, the company was proud to sponsor such an event, which supports trade and assists local businesses with a focus on increasing export.

As part of the Poseidon Group, Klinge Corporation recently worked with other Poseidon partners to...

Klinge Corp has announced it will be attending the Intermodal Europe event, an exhibition and...

Klinge Corporation has announced it exhibited at the Cold Chain Global, a key event in...