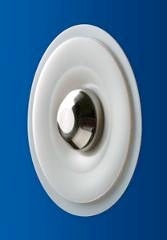 For 60 years now, LEWA has set technical benchmarks in diaphragm pumps and metering systems for process technology. During that time, the company has also succeeded in preserving the values of the original family business as it became an internationally oriented company. The following is a look backwards, combined with the prospects for the company’s future.

The reliable metering of fluids was a task for specialists even in the middle of the last century. Herbert Ott, who founded LEWA together with Rudolf Schestag in 1952, already had an outstanding reputation among users in the area. Over the next few years, the founders built metering pumps for complex requirements and different applications. That was especially attractive to demanding customers in the process industry, where LEWA concentrated most of its effort.

In 1955, LEWA participated in ACHEMA, the technical trade show of the process industry, for the first time. Since then, the company has presented its broad product line and the most interesting of its new developments every three years.

Important technical milestones include the patent granted in 1968 for the multilayered PTFE sandwich diaphragm with diaphragm monitoring: the monitoring reliably detects damage to a layer of the diaphragm.

Due to the two layers of the sandwich diaphragm, the operator needn’t replace the diaphragm immediately after damage; the pump doesn’t leak and the production can continue for a limited time. Replacement can then be scheduled to a specific later point in time – that ensures high system availability.

In 1973 came the patent for the M500 series – a diaphragm pump head that, due to the groundbreaking diaphragm position control, could provide operational reliability even for difficult fluids such as slurries or high-viscosity fluids that were beyond anything the market had seen.

In 2005, LEWA presented the Condition Monitoring System (CMS), demonstrating that both the fluid valves as well as the overall function of the pump head could be monitored permanently during operation. The system also permits preventive or condition-oriented maintenance, allowing lifetime costs to be lowered and system availability to be increased.

All these developments emphasise LEWA’s central goal: to be a specialist in the reliable and still provide cost-effective handling of demanding fluids.

On October 1, 2005, the Ott family left the companies of the Herbert Ott Group, including pump manufacturer and system builder LEWA, as well as commercial and production companies in 15 countries. A management buyout made an investment group (Quadriga Capital and Deutsche Beteiligungs AG (DBAG)) the new owners.

Along with the takeover of the family-managed company, the reorganised LEWA Group also set a new strategic course. Based on the strong technical basis of LEWA, over the following years the market penetration and internationalization of the company was reinforced by product development and expansion of the sales department. Under the leadership of CEO Bernd M. Stütz, LEWA continued to develop as a solution provider.

After the purchase of LEWA by the Japanese company Nikkiso Co. Ltd. in 2009, both companies benefited from the mutual gain in product technology and global market presence. Nikkiso was founded in 1953 and quickly grew from a pump importer into a globally active high-tech company known in Europe for medical technology – especially in the area of dialysis systems. In the Asian markets, in addition to high-precision pumps for the chemical industry and water conditioning systems for power plants, they also manufacture CFRP products (carbon-fiber based composites) for the aircraft industry. Production facilities in Japan, the United States, China, Taiwan, Thailand, and Vietnam simplify market access to the most important target regions outside Europe. Nikkiso, a publicly traded company, had global sales of about 760 million Euros globally in 2011, with 4,820 employees (consolidated).

Since there are hardly any product overlaps and only a few target market overlaps between the two companies, Nikkiso and Lewa are in a comfortable win-win situation: Innovation exchange, shared R&D, as well as smoothing of specific market accesses and continual expansion in sales channels are beneficial for both existing and new customers.

Forwards on a course to success

Bernd M. Stütz sees Nikkiso as the ideal parent company. "The focus areas of the two companies complement one another perfectly. Together with Nikkiso, we form a globally leading provider of pump systems that can offer our customers both complex plants and system solutions."

Florian Kieninger, Corporate Development Manager, says: "We can already see the success. Nikkiso and Lewa are still on a growth trend. The expanded product portfolio has strengthened the position of our companies on the world market."

Today, with over 750 employees and sales of about 150 million Euros worldwide, LEWA is among the competence leaders in fluid metering, particularly in critical processes and safety-relevant applications: in chemistry as well as in the oil & gas industry, in pharmaceuticals and in the food industry.

With 16 subsidiaries and a large number of authorized representatives, users can find offices and cooperation partners in over 90 countries. In just a few decades, the little family-operated company in Leonberg has become a corporate group with international character.

The ultraviolet light emitting diode (UV-LED) market should reach more than $500 million in 2019 as reported by market analysis.

Over the last decades, the pharmaceutical industry has invested a tremendous amount of resources and capital into the development of continuous processes to improve process...

The pump piping system has to be designed carefully if positive reciprocating displacement pumps with high hydraulic power are installed.