C entral Asia’s largest economy, Kazakhstan, is pressing ahead with its economic diversification agenda in the face of challenges presented by C ovid-19. By Sebastian Shehadi of Investment Monitor.

The hardships of coronavirus have not spared Kazakhstan. For the first time since the late 1990s, the country’s economy is expected to contract – by 3% – in 2020, with a moderate recovery of 2.5% growth in 2021, according to the latest World Bank country report.

However, when looking at these figures through a wider lens, these figures could be much worse for the country of 18 million inhabitants. C ovid-19’s economic fallout could have been much harsher were it not for a string of swift measures taken by the government.

Kazakhstan has spent a total of $13bn over the past few months to counter the crisis, a sum equal to 80% of the country’s GDP, according to Deputy Minister of Foreign Affairs of Kazakhstan Almas Aidarov, when speaking at the recent Kazakhstan Global Investment Forum 2020. 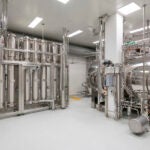 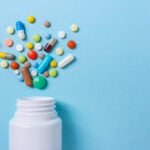 Investment
Pharma FDI in the times of Covid-19: A challenging pill to swallow 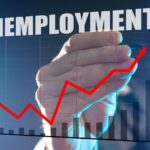 These efforts have been recognised externally.

“The authorities acted early to contain the pandemic, and the accumulated fiscal buffers allow [them] to introduce a relief package to mitigate the impacts of C ovid-19 on the economy,” said senior country economist for the World Bank in Kazakhstan Sjamsu Rahardja in a recent report.

“I was very impressed with the government’s response,” explains head of EMEA corporate banking at C iti Mikkel Grønlykke. “C rucially, Kazakhstan entered into the crisis period in a strong economic position, meaning fiscal stimulus and monetary policy stability could be provided.”

Indeed, Kazakhstan’s economy was looking in good shape going into the pandemic, and 2020 was meant to be another booming year for the country, coming off the back of GDP growth of 4.5% in 2019.

Kazakhstan learns lessons from past crises

This is not the first financial crisis faced by resource-rich Kazakhstan. The collapse in oil prices in 2009 and 2015 battered aggregate demand and rocked the stability of the country’s financial sector.

“The oil crises of the past have helped Kazakhstan withstand the current one,” says head of corporate banking for C entral Asia at MUFG Bank Aiman Mukanova. “After 2015, the country adopted a much more disciplined approach to overall leverage. Systems were put in place to react to downturns in oil prices.

“And we could see all of this paying off this year,” she adds. “So my message for those considering investment projects is that there is plenty of liquidity and plenty of appetite. Kazakhstan continues to be seen as a safe haven for investment.”

This is reflected by the recent success of a new bond issue for KazMunayGas , the state-owned oil and gas company of Kazakhstan.

The bond was highly oversubscribed and the company achieved the lowest yield among issuers in the C ommonwealth of Independent States (C IS), according to Mukanova. Meanwhile, large issuers in Kazakhstan did not require emergency liquidity financing over the past seven months, unlike many Western and emerging market companies.

Throughout the crisis, the banking sector has performed pretty well, says Grønlykke.

“Most companies in Kazakhstan are seeing a liquidity gap, but the banks are very well- positioned to deal with this thanks to the government’s liquidity support for the corporate sector,” he adds.

Reflecting this stability is the fact that Kazakhstan’s sovereign wealth fund, Samruk-Kazyna , has maintained its credit rating of BBB with a stable forecast, according to Standard and Poor’s. Samruk manages key national assets across oil and gas, transport, mining, telecommunications and more.

“We had strong returns last year, which allowed us to weather the negative effect of C ovid,” says Samruk-Kazyna ‘s managing director for strategy Lyazzat Borankulova.

“The global downturn has affected mostly our oil and gas, transport, civil aviation and mining assets, while e-commerce, telecommunications and others have seen a significant increase in demand,” she adds.

Foreign direct investment (FDI) into Kazakhstan has generally shown an upward trend over the past 15 years, overcoming dips from the two aforementioned oil-related crises (see chart below). Total FDI stock stood at $150bn in 2019, meaning that Kazakhstan was the second-largest recipient of foreign investment in the C IS region, behind Russia.

“Looking at Kazakhstan over the [past decade], the government has shown a strong, coordinated policy response,” says Grønlykke. “Although the country remains significantly exposed to natural resources, it has managed to diversify.”

Kazakhstan’s oil industry and metallurgy have been, by far, the main target for foreign investors, accounting for more than 70% of the country’s total FDI stock, based on 2019 C ountryProfile/GeneralProfile/en-GB/398/index.html”>figures from the UN C onference on Trade and Development.

It is no surprise, therefore, that these sectors were hit the hardest by C ovid-19, with oil and gas seeing a 30% drop in foreign investment compared with the previous year, according to Aidarov.

“But in the manufacturing and industry sector, investment remained almost stable,” he adds. “C ovid has created growth opportunities for infrastructure, healthcare, IT services, education and more.”

The Kazakh government recently said it would create 250,000 jobs through large infrastructure projects, including the construction of 19 new hospitals.

“We are waiting for at least four companies from big pharma and approximately 30 small to medium-sized enterprises from these sectors,” he adds. “We are ready to provide offtake contracts, on top of all the usual investor incentives, such as tax reductions.”

“Private investors in UK manufacturing really want to know more about Kazakhstan, so there is a real need for more communication,” says Stephen Phipson, chief executive of Make UK, the representative voice of UK manufacturing. “The country has many facets that are really positive in terms of investment and what we can do cooperatively.

“There is opportunity for UK manufacturers to converge with Kazakhstan’s goals towards green energy and industry 4.0,” he adds. “This could mean in wind tech, agritech or the mitigation of environmental risks in mining – and we would like to team up in the creation of the new 19 hospitals.”

As part of Kazakhstan’s efforts to diversify away from oil dependence, green energy has become a government priority. Indeed, the sector is one of nine priority industries in Samruk-Kayzna’s investment strategy, alongside manufacturing, logistics, chemical engineering, IT, scientific research, infrastructure, healthcare and agriculture.

“The past six months have brought environmental, social and corporate governance to the forefront of the agenda; it is now a must-have,” explains Mukanova. “This is the way the world is moving. If you don’t meet sustainability criteria, you will simply be cut off from the capital markets, and from cheaper money.”

As is the case with many countries around the world, Kazakhstan’s digital sector has also been boosted by the pandemic.

“C ovid-19 has increased tech opportunities in Kazakhstan,” says Dennis Fulling, managing director of Da Vinci C apital, a private equity fund focused on tech ventures. “We are looking at the market quite bullishly these days.”

Many of Da Vinci C apital’s businesses operating in Kazakhstan provide remote IT services to customers.

“We think there is an entrepreneurial spirit there, and companies that really want to internationalise,” says Fulling. “It is a very well-educated country, its skill sets are strong, the cost base from our perspective is quite competitive. We think the government has done a very good job in providing stability – the geopolitical risks are much lower than some of the other areas in the region.”

Reflecting these opportunities, Kazakh fintech star Kaspi was recently valued on the London Stock Exchange (LSE) at $6.5bn, the most valuable Kazakh company ever listed.

The past ten years of Kazakh policy have been marked by two broad trends. On the one hand, the country has maintained its plural foreign policy approach.

“Regardless of what direction you look, to the US, UK or elsewhere, Kazakhstan has strong relationships, and the country has demonstrated an environment of stability and predictability,” says Grønlykke.

Located at the crossroads of Europe and Asia, Kazakhstan has welcomed huge investments through C hina’s Belt and Road Initiative programme to upgrade its transport infrastructure.

The other main plank of Kazakh policy has been aimed at reducing the role of the state in business and transitioning towards a market economy. To achieve this, the government has initiated numerous waves of privatisation, making available key state-owned assets to private investors. Leading this charge has been Samruk-Kazyna .

The country’s most recent privatisation programme led to the dual listing of Kazatomprom, the world’s largest uranium producer, on the Astana International Financial C entre and the LSE.

“The external shocks of this year forced Samruk-Kazyna to postpone some of the privatisation process, but with recent signs of stock market stabilisation, we have made a return,” says Borankulova.

The sovereign wealth fund plans to increase its portfolio’s net asset value listing from 14% in 2020 to more than 70% by 2025. Huge state-owned companies such as KazMunayGas and Air Astana will be floated in 2022, while Kazakhstan’s national railroad company will be introduced to the stock market in 2023.

“Over the past few years we have attracted numerous investors, amounting to $600m,” says Borankulova. “During the past two years we concluded 37 offtake contracts.”

In an effort to court more strategic investors, the Kazakh government is in the final stages of implementing a new investment code that will provide foreign investors with new incentives and stable legislation for 25 years, explains Aidarov.

The country already boasts the accolade of ranking in the top 30 countries worldwide in the World Bank ‘s Doing Business reports in recent years.

“Of course we still have internal problems with regards to some long-term procedures, such as in e-commerce systems and corruption systems, but we are working on these,” says Aidarov. “Year by year we are improving our systems.”

The opportunities for Kazakhstan are summarised very neatly by C iti’s Grønlykke: “Kazakhstan came into this crisis with a lot of credibility. I just hope that continues. If so, more investors will naturally gravitate towards the country.”