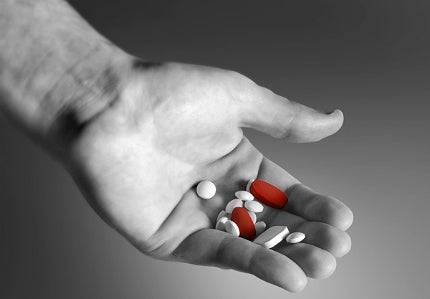 While both regulators and drug manufacturers agree on the need to modernise elemental impurity analysis, reaching an agreement has been no easy task.

To find out why so little has changed and to hear about new proposals to issue limit-based standards, we spoke to experts Charles Schneider (inorganic products manager) and Laura Thompson (CP-OES product manager) of Massachusetts-based PerkinElmer Inc., the global leader focused on improving human and environmental health.

It is critical to ascertain the amount of elemental impurities in drugs, so that they can be kept low – impurities can be directly harmful for the patient due to their toxicity and can serve as a catalyst for the degradation of drugs.

A cloudy day in paradise for pharma tax havens in Cayman Islands & Bermuda?

The Heavy Metal Limit Test, or USP 231, has been used for more than a century to test for such impurities and is based on the reaction of metal impurities with thioacetamide. Reactions are assessed through the formation of coloured sulfides, which visually demonstrate the content of metallic impurities in the product.

In the past few years, questions have been raised regarding the effectiveness of USP 231, since it lacks the sensitivity and specificity required to keep the levels of highly toxic elements within the acceptable range. In particular, the test’s inability to identify impurity elements can sometimes lead to inconsistent results.

Charles Schneider and Laura Thompson explain that although USP Chapter 231 is listed as a ‘heavy metals’ test, it was initially intended to detect a larger group of elements like lead, mercury, Bismuth, Arsenic, Molybdenum and Selenium, but there was no clear definition of which individual elements the method was expected to detect.

Additionally, this method requires a very large sample size, which becomes impractical for many substances such as proteins or peptides.

According to Schneider: "Two grams of sample is required in order to achieve the desired detection capability. Such a large sample weight is often difficult to acquire at the early stages of drug development due to the very limited supply."

He added: "This is additionally compounded by the sample preparation procedure, involving ashing at 600°C and acid dissolution of the sample residue, which is notoriously prone to sample losses."

Some studies have shown that up to 50% of the metals may be lost during the ashing process, particularly the volatile elements such as selenium and mercury.

"The loss of metals is also matrix-dependent," according to Schneider, "and because the procedures are time-consuming and labour-intensive, recoveries can vary significantly among differing analysts."

"This method requires a very large sample size, which becomes impractical for many substances such as proteins or peptides."

To avoid facing the inherent limitations of USP 231, the pharmaceutical industry is looking to employ modern instrumentation for the testing of trace metals. An alternative method was described in the USP Chapter 232/233 in 2005, which introduces inductively coupled plasma / optical emission spectroscopy (ICP-OES) and ICP-mass spectrometry (ICP-MS). A relatively new method, the ICP-OES, is one of the most powerful analytical tools for determining trace element levels in a variety of different sample matrices.

The ICP-OES test is based on the identification of elements in the sample by emission of photons of characteristic wavelengths.

Samples are directed into the core of the inductively coupled plasma, where extreme high temperature liberates the elements as free atoms in the excited state. These atoms then relax into the stable ground state, releasing a characteristic wavelength of a photon that is used to identify them.

The significant advantages that the ICP-OES provides over its older counterpart include the ease of choosing and preparing the test sample, precise impurity level detection and identifying the type of elemental impurity.

ICP-MS works almost the same as ICP-OES, with the difference being that the former identifies the elements using mass spectrometry. According to Thompson, both will provide more consistent results across a wide variety of labs. Another technique, graphite-furnace AAS, is much cheaper but comes with a drawback of analysing only a limited number of elements.

Shifting to modern methods is not straightforward – the improved benefits from modern methodology are also accompanied by increased complications. Indeed, shifting to an entirely new method requires the acquisition and installation of the equipment necessary to run the process.

"The ICP-OES test is based on the identification of elements in the sample by emission of photons of characteristic wavelengths."

The instrumentation systems for ICP-OES cost about $100,000 each. Large firms with large set-ups will often require multiple installations at multiple locations. According to Thompson, the time it would take from planning and ordering the instrument to delivery, set-up and operation can take from a few months to more than a year, which can discourage companies.

In addition, staff have to be trained and made familiar with the new equipment and methodology before the operation can begin effectively. However, Schneider and Thompson assure us that: "Most companies are already well along in the planning or implementation of USP 232/233. There are numerous training opportunities and webinars to learn about the new regulations. PerkinElmer has a dedicated website, has offered webinars on the new methods, published articles and application notes to assist the industry with their planning."

For the time being, investing the required money and time into the process of shifting to new technologies may remain limited to large pharmaceutical firms. Small companies would prefer to stick to old methodology, since adopting the instrumentation based method is just too big a leap for them.

Chuck Schneider, spectroscopy product planning leader at PerkinElmer told Chemical and Engineering News: "This will be a burden, and there will be a steep learning curve…hundreds of small companies have been relying on USP 231."

Embracing new technologies – hurdles and all

"Small companies would prefer to stick to old methodology, since adopting the instrumentation based method is just too big a leap."

Synthesis of pharmaceutical products undergoes extreme scrutiny and checks at every point along the process. These tests and analyses are regulated based on the standards set by the United States Food and Drug Administration (FDA) and other equivalent international agencies.

They ensure that each laboratory works under the right conditions and produces a safe product, while maintaining the quality and efficacy of drugs.

Shifting over to modern instrumentation will require the FDA to lay down a new set of rules. Even more challenging will be complying to the new regulations, since they impact not just the drug manufacturers and suppliers but the personnel involved with the operation and maintenance of the testing instruments.

An alternative to companies establishing the infrastructure of the new method would be to introduce external service providers who carry out the impurity tests for them. Contract testing labs would diminish the need for drug industries to carry the burden of maintaining their own test centres, as well as remove the requirement of training additional staff for the operation.