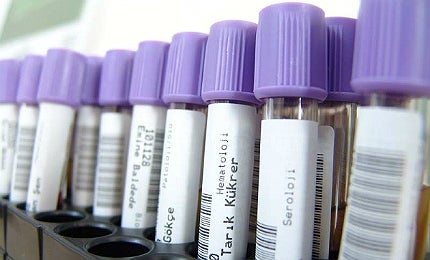 When the European Commission announced the long-awaited revision of the European clinical trials regulation on 17 July 2012, it was received with widespread consent: never before, it seems, has there been so much accord on a subject in Europe’s healthcare sector.

"The European Commission introduced the first CTD in 2001 to harmonise clinical trials approval among member states."

European clinical trial applications have been in decline for years, putting the region’s position as a world-class developer of new drugs at risk.

But by simplifying rules for healthcare research across Europe, and therefore cutting the red tape that is holding back clinical research, the Commission plans to boost the faster development of new medicines and the improvement of already authorised drugs.

Many see the reason for the decline being the complex regulations, and big pharma companies, academics and public healthcare providers throughout Europe have taken part in the consultation process. They are all pushing for a more risk-adapted approach that streamlines trials towards clearly coordinated assessment procedures, which could finally help revive the sluggish sector.

Representing an average of 58.6% of the total pharmaceutical development costs, clinical trials are an essential part of medical research. To regulate health research across the EU and harmonise clinical trial approval among member states, the first Clinical Trials Directive (CTD) was introduced in 2001.

But in recent years, the number of new drugs coming to market has steadily declined, with the Commission suggesting that new clinical trials applications have fallen by as much as 25% from 2007 to 2011 – even though the pharmaceutical sector still invests €20bn in trials every year.

"A workable administrative and scientific cooperation for large scale clinical trials is the key to make the new system effective."

"Recent years have seen a significant decrease in the number of clinical trials conducted in Europe. This has to stop if we want Europe to continue to play a leading role in medical research," said European Federation of Pharmaceutical Industries and Associations (EFPIA) director general Richard Bergström, in response to the Commission’s review.

Stephen Whitehead, Association of the British Pharmaceutical Industry (ABPI) chief executive, agrees saying that the decline has been caused in part by the complexity of the EU environment. "We now have an opportunity to address the decline, improve patients’ access to the latest clinical research, while encouraging inward investment in the UK," he said.

Just like Bergström and Whitehead, many other industry members see the lack of homogeneity between EU member states as the main reason for delays in clinical trials and the increased costs of healthcare research. Academy of Medical Sciences (AMS) president Sir John Tooke believes that the current directive has created a fragmented environment, in the UK as well as in continental Europe.

"We want a more proportional approach to be taken to clinical trials risk so that, for example, studies of the use of approved drugs aren’t subject to the same stringent requirements that for example first-in-men studies of new medicines require," he says.

"We need to ensure that the new directive does not expand its reach as it has been suggested for example to include straightforward observational studies. It’s about scope and proportionality to facilitate top-class research."

The new legislation, as proposed by the Commission in mid-July, would take on most of the proposals that have been made by academics and industry representatives in numerous consultations during the last few years. The biggest change is that it will take the form of a regulation to ensure that rules are identical throughout the EU, to simplify multinational clinical trials.

Emma Greenwood, Cancer Research UK policy manager, who has been part in the consultation process, says that one of the biggest problems of the current legislation is that different countries have interpreted it differently. "We have different opinions because it’s not very clear in the directive itself," she says. "We’re supportive of having coordinated assessment procedures that you could opt into if you have a trial running across several nations."

In its review, the Commission proposed an authorisation procedure that allows fast assessment of clinical trials and ensures one single evaluation outcome. In addition, it plans simplified reporting procedures that spare researchers from submitting largely identical information separately to various bodies. The proposal also includes more transparency on clinical trial recruitment and results, and intends to open up the possibility for the Commission to conduct controls in member states and other countries to make sure that rules are properly enforced.

European Science Foundation Biomedical Sciences senior science officer Kirsten Steinhausen agrees that the review addresses many of the needs brought forward by stakeholders during the consultation process. "The fact that the directive was changed into a regulation could lead to a better harmonisation of European clinical trials. But we have to check the content of the regulation in detail and wait [to see] how its implementation works in practice," she says.

While cutting back on regulation will certainly help streamline multinational clinical trials, some fear that the strip-back could prove dangerous for patient safety. Greenwood says that patient safety is, however, always the first consideration when looking at the potential impacts of any changes or any new legislation for the pharma industry. "We absolutely want to see continued importance placed on patient safety," she says.

Tooke adds that even too much legislation can have negative impacts patients enrolled in clinical trials: "A regulator that only thinks in terms of stopping bad things is only doing half of the job.

"A good regulatory environment needs to encourage good things. If the bureaucratic burden means that some patients aren’t availed of new treatments or new treatments aren’t advanced as quickly as they should be, then that is an equally bad outcome," he explains.

"The culture of regulations tends to favour stopping doing things rather than facilitating doing things. But this needs to change as it isn’t about supporting the interests of researchers or indeed the industry. It’s about saying what people want," Tooke believes.

However, both agree that the purpose of a regulation could never be achieved in a non-regulatory way, for instance with a voluntary code. Tooke says that it is hugely important that consistent standards are applied.

"Patient safety is paramount and there are a number of vested interests operating here so I think it has to be run as a formally regulated process, but one that has been geared to its purpose, which is to facilitate top quality research and bring new treatments faster to patients," he explains.

"We now have an opportunity to address the decline, improve patients’ access to the latest clinical research, while encouraging inward investment in the UK."

While the Commission’s legislative proposal seems like a big step forward, the work has only just begun. It will now be discussed in the European Parliament and the Council and is expected to come into effect in 2016.

EFPIA’s Richard Bergström considers the proposal an important step in the much-needed simplification and standardisation of clinical trials processes. Nevertheless, he believes that integration of the scientific assessment processes should be pushed to its maximum operational level. While ensuring patient safety, the new regulation should enable an effective, coherent and consistent EU environment in order to reverse the recent downward trend and attract investments required to develop the medicines of tomorrow.

"A workable administrative and scientific cooperation for large scale clinical trials is the key to make the new system effective. We call on the European Parliament and Member States to take a responsible, ambitious and pragmatic approach when debating the Commission’s proposal. They need to make sure that the new Clinical Trials Regulation provides a legal framework that is fit for the future so that all European patients have an equal chance to swiftly access the latest medical research," said Bergström.

"We’ve had acknowledgement by the UK Government that this is a serious issue and first steps have been taken to streamline the current approval system and promote consistent, proportionate standards for compliance and inspection."

Greenwood adds: "We’ve been working with a number of UK and Pan-European organisations throughout the various consultations that the Commission has had and there is a lot of agreement. It’s not an area where you have different opinions from people, companies or academics. Everybody is working together to make sure that we have the best possible legislation in place going forward."