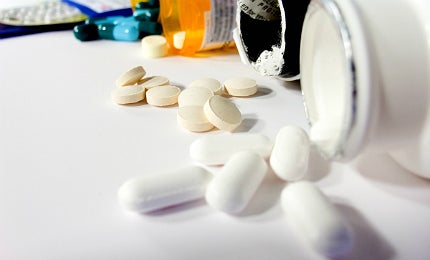 The aim of the FMD is to combat both counterfeit and substandard drugs in the interests of public health. Counterfeit drugs, which contain unchecked ingredients that could be incorrect or inappropriately dosed, can pose severe and even fatal health consequences.

As a strategy to achieve this, the directive targets all levels of the pharmaceutical supply chain, not just in Europe, but also further afield. It applies to all prescription products not specifically exempted, but does not apply to non-prescription medicines unless they are considered at high risk of falsification.

New legislation throughout the supply chain

"At its core the directive introduces new legislation to protect the public by enforcing stricter controls on pharmaceutical trading."

At its core the directive introduces new legislation to protect the public by enforcing stricter controls on pharmaceutical trading. New legislation includes the requirement for an authenticity feature on packaging, and a common EU-wide logo to be used to identify legal online pharmacies. This logo must be clearly displayed on every page of pharmacy websites. In addition, there will be more rigorous inspections of pharmaceutical production, and improved record-keeping of distribution.

While the introduction of an EU-wide logo for pharmaceutical websites protects the public, it also raises an immediate difficulty: protecting the logo. Unscrupulous illegal operators may use the logo image on their sites, and individual consumers might not have the time or inclination to research websites selling medicines.

As a consequence, there is a clear need for public education and guidance to be part of any initiatives supporting the implementation of the FMD. On a larger scale, depending on how the directive is implemented in specific Member States, national prosecuting authorities may have the power to impose significant fines for misuse of the logo. Nevertheless, enforcement will require a significant investment in time and resources, and is likely to be expensive.

Derek Buchanan, CEO of Episys, the global information technology solutions and services company with its headquarters in Hertfordshire, UK, highlights the need to address the problem of falsified medicines globally and across the entire supply chain.

Loading ...
"Enforcement will require a significant investment in time and resources, and is likely to be expensive."

He explains how this can be achieved: "Today we have access to innovative new technologies and solutions that can help automate the process of trace / track accountability. From raw ingredients to processing, from the wholesaler to the pharmacy, track / trace systems provide visibility and support the company’s validation of their procedures and protocols."

To ensure the FMD is embraced throughout the supply chain, the UK Medicines and Healthcare products Regulatory Agency (MHRA), is pushing for all key stakeholders to maximise their efforts in taking responsibility for the development, manufacture and delivery of safe and secure pharmaceuticals. Derek reassures that: "At Episys, our solutions and processes are MHRA compliant and our continued commitment to accuracy and quality has provided our NHS clients with mechanisms to help them get the best possible medicines to their patients."

In particular, he shares that: "Our clients in the UK are being as proactive as possible to ensure that they have robust procedures in place that will allow them to provide the best possible array of tracking and traceability mechanisms to comply with MHRA guidelines." He emphasises that: "Here it is more about keeping products out rather than having anything in the supply chain that could be a problem."

Directive 2011/62/EU introduces general rules for importing active substances. Specifically, written confirmation is required from the exporting third country’s competent authority that standards of good manufacturing have been reached. The exporting country must also confirm that good standards of control have been employed in the plant where the ingredients have been produced. This requirement is waived for third countries specified by the Commission; currently Switzerland, Israel, Singapore and Brazil are all being considered as candidates for waiver.

The Heads of Medicines Agencies (HMA) has expressed concerns that this new requirement could lead to a fall in the supply of medicine, which would have a negative impact on public health. They argue that the requirement for compliance with standards of good manufacturing practice, especially the requirement for written confirmation of standards, will be prohibitive for manufacturers. In certain countries, these standards will be difficult to meet, which could result in exports to the EU suffering.

This issue is a complex balancing act for the EU. Obviously, there is a need to protect citizens of the EU from substandard and counterfeit drugs. However, the reality is that manufacturers operate worldwide, many in countries where manufacturing standards vary widely; reaching an equivalent standard across the EU will be difficult and costly.

The potential for an economic backfire

"From raw ingredients to processing, from the wholesaler to the pharmacy, track / trace systems provide visibility."

The timing of the directive, just as European governments are desperately trying to reduce healthcare costs, poses a number of stumbling blocks. If legitimate drug manufacturers no longer need to compete with low-priced imitation medicines, they may choose to raise the prices of previously affordable medicines. In purely economic terms, this translates to a loss for the end user and for the national health system.

It is also important to note that health systems differ across countries, as does the state of public health. Frequently, countries require an influx of a particular drug in response to a specific national health outbreak. If a particular Member State has implemented the FMD rigidly, the supply of necessary medications could be compromised and lives put at risk.

While the FMD has noble intentions, its success or failure hinges largely on how well it is implemented. Indeed, whether the legislation can be successfully implemented across 27 EU countries, as well as globally, remains to be seen.