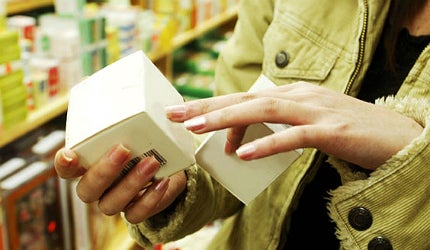 The World Health Organisation (WHO) has estimated that approximately ten percent of the world’s pharmaceutical products could be counterfeit, with far higher rates in developing countries. Not only does this situation cause a huge profit loss to the pharmaceutical industry, but it also poses dangers to those taking the counterfeit medicine.

An example is when in Africa, in 1999, anti-freeze instead of glycerine was added to cough medicine, resulting in the death of several hundred people. With such serious personal and economic implications surrounding fake medicines, we look at the role of packaging in preventing counterfeiting.

"It has become increasingly apparent that more sophisticated packaging initiatives are needed in the war against counterfeit medicines."

Counterfeit drugs have been hitting the headlines more than ever and the World Health Organisation has reported that, in developing countries, as many as 30% of medicines on sale can be counterfeit; 50% of these are offered online. The market for counterfeit drugs has an annual estimated growth of 13% and was worth £75bn in 2010. A 2012 report by the Pharmaceutical Security Institute (PSI) states that: "More than ever before, in 2011 PSI witnessed an increase in the number of public reports concerning arrests, seizures and the destruction of counterfeit medicines."

This growth in counterfeit pharmaceuticals can be attributed to the fact that counterfeiters have employed the use of sophisticated technology in manufacturing and packaging their products. Not only this, but another shocking problem called ‘third shift’ packaging has arisen, where contract manufacturers seeking more profits will produce additional secret runs and sell the authentic packaging to the counterfeiters.

Despite this growing problem, there are currently no global standardised anti-counterfeit identification criteria for medicines, and efforts to tackle counterfeits have focused primarily on making packaging difficult to imitate. However, it has become increasingly apparent that more sophisticated packaging initiatives are needed in the war against counterfeit medicines.

According to Payne Security, a leader in protecting some of the largest brands in the world and with offices in the UK, USA, Brazil, India and China: "Defeating the counterfeiters demands a multilevel approach, an element of which is secure packaging." They also point out that: "In order to ensure optimal security of pharmaceutical packaging, both overt and covert technologies need to be used."

Overt (visible) technology allows packaging to be authenticated using visual representations, without requiring expert knowledge or sophisticated devices. This technology incorporates optically uneven features, such as holographic devices or colour-shift inks that make it easy to validate packaging quickly.

"Colour-shift inks involve different colour combinations where the specific colours can be detected when viewed at different angles."

Holograms can be easily identified and therefore this strategy tends to be the primary method used for instant authentication. To increase the security features of holographic images, nano-text and hidden images are added as second and third level techniques.

These holographic images are impossible to replicate by traditional printing methods and can be made so minute that they are invisible to the naked eye without the aid of a magnifier.

Colour-shift inks involve the use of different colour combinations where the specific colours can be detected when viewed at different angles. These inks are printed in larger blocks to create an effect whereby the colour changes dependant on what angle the printed image is looked at. Pfizer, in their effort to tighten anti-counterfeiting measures, was one of the first pharmaceutical companies to introduce a unique company logo using colour-shift ink. Such measures make the packaging difficult to fake but easy to verify.

"Big name pharmaceuticals, such as Pfizer and GlaxoSmithKline, have introduced RFID tags on to the packaging of Viagra and Trizivir (a HIV treatment)."

Covert (hidden) technology uses infrared and ultraviolet (UV) light, micro-text and microscopic tagging, all of which are invisible and difficult to distinguish or copy without special detection devices. Such strategies also employ forensic solutions which include molecular markers and biological tracers that can only be detected with the use of sophisticated laboratory devices. For example, UV inks can only be seen when using UV light with different frequencies. Colour and UV micro-text print uses text characters that are invisible to the naked eye and are hidden in overt images, without risking detection.

Taggants, radio frequency microchips used in automated authentication, are a technology that uses electronic radio waves to track and identify pharmaceutical products. Taggant systems can be authenticated using special handheld readers from a secure source without endangering the detection of the authenticating machine. An initiative being investigated by the pharmaceutical industry is the use of radio frequency identification devices (RFID) with tags. Big name pharmaceuticals, such as Pfizer and GlaxoSmithKline, have introduced RFID tags on to the packaging of Viagra and Trizivir (a HIV treatment).

Using the latest software technology, customised features can be integrated in each design to protect packaging from counterfeits. The security tear tape, such as the shrink sleeves around bottle caps, are used as anti-tamper solutions to protect the products since it is difficult to open the product without tearing or removing the tape.

The steps being taken to tackle counterfeit medicines through innovative packaging techniques are still in their infancy, but future plans look promising. Ben Miyares, president of the Packaging Management Institute, points out where future anti-counterfeiting measures might be best directed: "Nanotechnology remains a great, largely untapped technology for improving the efficacy, purity, and quality of pharmaceutical and medical device packaging." So, while counterfeit pharmaceuticals remain a growing problem, advances in technology are making it more difficult for counterfeiters.

As Richard Adams, head of Pack Graphic design at GlaxoSmithKline in Durham, North Carolina, says: "The positive to this situation is the number of new technologies available to pharmaceutical companies. There are many solutions and more coming every year." It would appear that this is just the beginning of the war against counterfeits.

Counterfeiting in the packaging industry is a major problem that needs to be tackled efficiently and cost effectively.

Could printing with electronic displays or RFID usher in the next generation of packaging?

Generally not an early adopter of new technology, Big Pharma is starting to embrace the mobile revolution. However, with tablets and smartphones developing to become their own mobile business hubs, the pharmaceutical industry still needs to tackle data and structural challenges before they truly benefit from wireless devices.

Pharmaceutical packagers are working to make drugs simpler for users and more secure for manufacturers.