France is confirming its transition from a pricing model that is mainly based on clinical benefit towards a more economically-driven system, at least for high-cost medicines. Last month, the HAS published a draft methodology document, providing guidance on the budget impact analysis (BIA) that has become mandatory as part of the drug pricing process.

The draft guideline published by the HAS is designed to harmonize the quality and ensure the replication of BIAs. It was developed based on recent recommendations from the ISPOR task force report II (2014), and national guidelines from various countries in Europe, Canada and Australia.

Budget impact analysis became mandatory in January 2016 with the signing of a new three-year pricing framework. Under the agreement signed by both the pricing committee and the industry, BIAs are required for innovative medicines expected to exceed EUR50 million in drug sales. 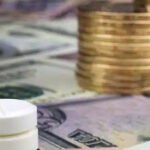 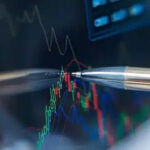 The BIA is designed to analyze the expected changes in the expenditure of a health care system after the adoption of a new intervention. As part of the reimbursement listing in France, it is conducted along with the cost-effectiveness assessment. Both analysis form part of the pharmaco-economic analysis – also called efficiency assessment – that was first introduced in 2013, marking a turning point in the way France evaluates medicines for pricing and reimbursement. But until now, the BIA was subject to no formal guidelines, and manufacturers were relatively free to follow their own methodology.

The recent move to give more weight to budget impact analysis is a direct answer to the debate on the pricing of HCV medicines, and their cost for the society. No surprise that out of the 16 efficiency reports published by the Transparency commission since 2013, HCV products.

In France, the BIA will be used as a resource planning to inform the pricing decision. The new mandatory instrument is also likely to serve to develop innovative reimbursement mechanisms. And this is most likely what awaits manufacturers of hepatitis C virus (HCV) medicines in the context of the reevaluation of their reimbursement. A few days ago, health officials pledged to significantly extend access to HCV medicines. To that end, a budget impact assessment that is yet to be conducted, will inform pricing negotiations with the industry, with the perspective of a much larger patient population for drug makers.

A dozen of countries currently require the provision of a BIA to support reimbursement and formulary listings. Some follow the recommendations of the ISPOR task force, while others developed their own guidelines based on current practices. What the French experience teaches us is that budget impact analysis are becoming increasingly used to estimate the impact of a new intervention on public finances. Other countries, notably in Europe, may opt to follow that path at a time when payers are struggling to provide access to the latest innovations while keeping their budget on balance. International referencing, both in the pricing and HTA areas, also means that such development cannot be analyzed in isolation.

The French document was under public consultation until this week. A final publication is expected in October 2016.