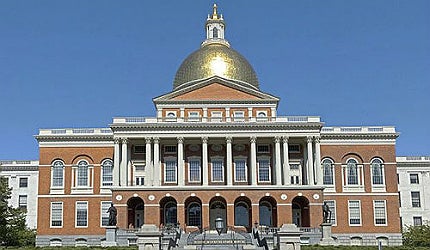 In June 2006, Bristol-Myers Squibb made a commitment to construct a new large-scale multiproduct biopharmaceutical manufacturing plant in Devens, Massachusetts, US. The development, named Project Hummingbird by the company, was earmarked for the site near Harvard, because of several factors, including tax incentives, the availability of an educated workforce and the existing infrastructure.

"Bristol-Myers Squibb was awarded $33m in tax credits by the state of Massachusetts, following legislation that changed the state’s investment tax credit rules."

The site is on an old army base 35 miles north-west of Boston which used to be called Fort Devens. As such, substantial service infrastructure is already in existence. The site was purchased by MassDevelopment for $17m in 1996 and has been developed as a business park ever since.

Construction of the facility began in May 2007 and was operationally complete by 2009. The validation process for commercial production started in February 2010, when Bristol-Myers Squibb applied for US Food and Drug Administration (FDA) regulatory approval of the facility. In May 2012, the FDA approved the facility for the production of Orencia.

The project required an investment of approximately $750m. Phase one of the project employed around 350 personnel, while subsequent phases required more than 550 workers.

The plant will manufacture multiple biotech products, but will initially manufacture orencia (abatacept), a rheumatoid arthritis (RA) drug (T-cell co-stimulation modulator), which is the company’s first approved biotechnology drug. Orencia is expected to generate $1.1bn in sales in 2012.

Orencia intravenous (IV) infusion formulation was approved in 2005. In August 2011, the subcutaneous (SC) formulation of orencia (abatacept) was approved for the treatment of RA in adult patients.

Bristol-Myers Squibb has also developed Belatacept (commercial name Nulojix), a kidney transplant drug that will be manufactured at the facility. The drug was approved by the US FDA in June 2011.

In April 2010, the biologics manufacturing facility received Leadership in Energy and Environmental Design (LEED) Silver certification. The same certification was granted to the laboratory and office building within the facility in December 2009.

The project required the construction of six 20,000l bioreactors, one purification train and several tower pipe racks that are more than 100ft-tall.

"In 2006, Bristol-Myers Squibb made a commitment to construct a new large-scale multiproduct biopharmaceutical manufacturing plant in Massachusetts, US."

The plant has been constructed in a modular fashion, which helps make subsequent expansions to increase capacity easier.

The facility was constructed by Fluor Corporation and Parsons Corporation, which are based in South Carolina and California respectively.

The design phase for two of the buildings (lab /office and manufacturing) was overseen by local consultant VHB (Vanasse Hangen Brustlin), with the aim of facilitating LEED certification for these sections of the new facility.

Bristol-Myers also completed the phase 2expansion at the Devens facility, in May 2016. The $280m expansion added a biologics development building and a clinical manufacturing building to the Devens site.

Wastewater facility at the US biopharmaceutical manufacturing plant

The $600,000 wastewater pre-treatment plant, set in a building with 5,000 square feet of floor space, is designed to handle a flow capacity of 530,000gal each day. This includes a redundant system with a 265,000gal capacity for each of the components.

The system handles wastewater from the bioreactors, used buffer solutions and blowdown from the cooling tower and boiler.

Bristol-Myers Squibb was awarded $33m in tax credits by the state of Massachusetts, following legislation that changed the state’s investment tax credit rules that allowed the company claim a refund for five percent of its investment in the facility.

In addition, the state put through a $34m bond issue for infrastructure relating to the new biopharma plant, along with new waste treatment and sewage facilities. The total incentive awarded to the company has been estimated to be approximately $60m.