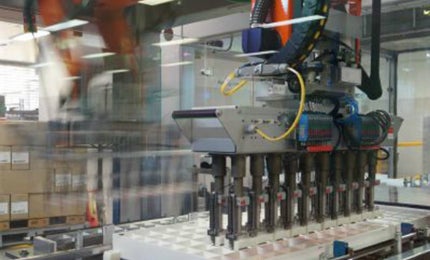 GlaxoSmithKline (GSK) announced the expansion of its manufacturing facility in Boronia, in the outer eastern suburbs of Melbourne, Australia, in November 2014.

The expansion will introduce the latest machinery, which will be used for manufacturing advanced aseptic packing of sterile pharmaceutical liquids.

By investing in innovative manufacturing processes to increase production at its Boronia manufacturing facility, the pharmaceutical company aims to cater to the needs of emerging markets such as China, Turkey and Brazil where demand for low cost, accessible treatments for asthma is high.

The new facility will be located at GSK’s existing factory in Ulverston factory in Morecambe Bay.

Expansion includes high-speed Blow-Fill-Seal (BFS) machinery, which constitutes one quarter of the total investment, while the remaining investment will be allocated to the expansion of the facility, in order to accommodate new machinery and other process equipment, as well as staff training.

Capacity of water for injection (WFI) facility and additional batch holding tanks will also be increased to facilitate the expansion.The newly installed BFS machine will be used to manufacture advanced aseptic containers for unpreserved, sterile pharmaceutical products. It will be dedicated to producing Ventolin (salbutamol sulfate) nebules.

BFS technology requires less human intervention as the entire process of forming a container, filling and sealing occurs continuously in an enclosed area inside a machine. It is a preferable technique to manufacture sterile pharmaceutical liquid dosage forms.

Machinery and technology at the Boronia facility

Rommelag 4010 machine uses the latest rotary technology to produce continuous output instead of a shuttle output. It is different from existing machines at the site and offers advantages including increased output, reduced waste production and less space consumption.

The new machine produces two and a half times more output than the old shuttle machine. Layout of the new machine demands less space for the clean room and reduces construction costs. It produces 30% lesser polymer waste, compared to conventional machines.

Environmental impact is a key consideration for all manufacturing processes at GSK. The company is working towards achieving a global carbon neutral value chain by 2015 and the Rommelag machines contribute to year-on-year reductions across waste, water and energy.

The current investment is part of a series of investments made by GSK in Australia and the UK.

Earlier expansions included an investment of A$60m for increasing BFS capacity at the site, installing state-of-the-art equipment across other manufacturing sites in the UK and the establishment of two new facilities in the UK, designed to utilise latest technologies.