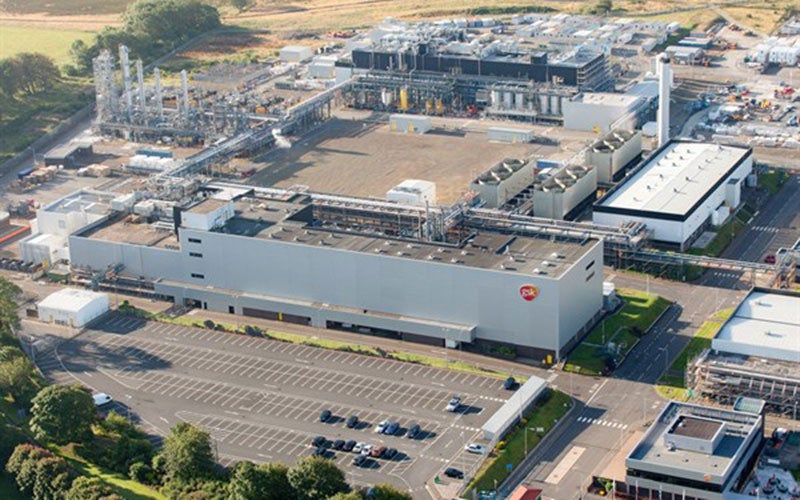 GlaxoSmithKline (GSK) opened its expanded antibiotics facility in Irvine in February 2016. The Irvine plant produces GSK’s antibiotic drugs, including potassium clavulanate that is sold under the brand name Augmentin.

Construction on the facility’s expansion began in 2013, with the aim to expand the antibiotics production capacity to serve 100 million more patients a year.

The expansion generated 55 new jobs in Irvine and involved an investment of approximately £70m ($98.8m).

GSK has invested more than $280m to further develop its sites in Irvine and Montrose since 2013. The Irvine expansion project was awarded a Scottish Enterprise Regional Selective Assistance (RSA) grant of $1.5m.

GSK antibiotic facility is located in i3, Irvine’s life sciences enterprise area. Established in 1973, it is the biggest enterprise area in Scotland.

The strategic location of i3 offers world-class infrastructure and utilities, including development-ready sites, high-speed broadband, electricity, gas and water.

The Irvine site accommodates a major proportion of GSK’s secondary global production operations. It produces a wide range of chemicals and antibiotics such as penicillin G and clavulanate acid, serving specific clinical trials and commercial production.

The expansion increased the production capacity for antibiotics to meet growing demand in emerging markets. The plant primarily produces Augmentin, which is used in the treatment of pneumonia, bronchitis and skin infections.

The expanded facility is equipped with chillers, tankage, a 24m-high solvent tower, crystallisers, dryers, and centrifuges. The control room within the facility accommodates various manufacturing devices and monitors and manages each stage of the production process.

“The expansion generated 55 new jobs in Irvine and involved an investment of approximately £70m ($98.8m).”

A contract worth $13.8m was awarded to Kirby Engineering and Construction to provide mechanical, electrical and plumbing (MEP) services, including fabrication and installation of piping, duct work services, as well as electrical and instrumentation services.

Luddon Construction was awarded a $4.86m contract to provide civil and building construction services for the project. It included the construction of seven new separate structures and asphalt road, as well as the installation of barriers and fencing.

GSK is engaged in the research and development (R&D) of innovative products in the areas of vaccines, medicines and consumer healthcare products. It has offices in more than 115 countries and produces biopharmaceutical and prescription products.

The company develops a range of products for the treatment of respiratory, oncology, cardiovascular, metabolic, urology, immune-inflammatory and HIV diseases.

AtoZ-CRO provides services and partner solutions for clinical studies with...

GERTEIS specialise in the design, development, and production of premium...

AnagnosTec is a solutions provider focused on matrix-assisted laser desorption...