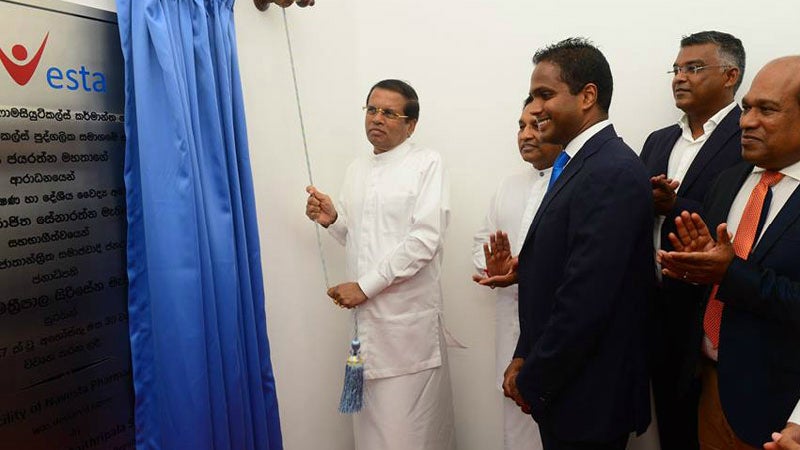 Sri Lanka-based company Navesta Pharmaceuticals has opened a sterile manufacturing facility in the town of Horana in August 2017.

Construction began in October 2015, and the plant is said to be the first of its kind in Sri Lanka. The facility is intended to produce sterile dry powder injectables of beta lactam antibiotics, which were previously imported to the country.

Built with an investment of more than LKR1.4bn ($9.1m), the Horana facility has generated more than 100 direct and 500 indirect jobs for locals in areas including bio-chemistry, pharmaceutical sciences, molecular bio-science, drugs, engineering, and ancillary services.

The factory will allow Navesta to export its pharmaceutical products to markets globally, contributing to the country’s economic development. It will also support the Government of Sri Lanka’s aim to achieve self-sufficiency in the pharmaceutical industry by 2020.

Located in the Kalutara district, Navesta’s new factory has a total floor area of 40,000ft².

The plant is designed to comply with good manufacturing practice (GMP) standards set by the EU and the Pharmaceutical Inspection Cooperation Scheme (PIC/S).

An advanced building management system (BMS) at the facility ensures compliance with the EU-GMP and PIC/S standards. It is used to control humidity, temperature, and differential pressure at production and testing rooms to destroy all viable microorganisms.

The interior of the factory features cleanroom panels built with pre-coated galvanised iron to provide protection from external contaminants.

Equipment installed at the plant

The sterile pharmaceutical manufacturing factory is installed with 13 incubator chambers and two walk-in incubators, which are designed in compliance with 21 Code of Federal Regulations (CFR).

The plant also incorporates a Grade A and Grade B microbiology laboratory, which helps develop comprehensive advanced in-house testing methods.

The testing and measuring equipment installed in the facility are calibrated as per accreditation standard ISO 17025 and ISO 9001 to achieve valid results.

Pharmaceutical products to be produced at the factory will primarily serve the requirement of 12 penicillin-based beta-lactam antibiotics in the form of dry powder for the local market. They will also be exported to global markets, which accept EU-GMP and PIC/S accreditations.

The plant is planned to be expanded in future to further increase Navesta’s production capacity by three times in the coming years. If undertaken, the expension will provide approximately $500m of savings to the country, which currently imports $800m-worth pharmaceutical products a year.

Meet the company taking pharma services into the next generation

UK-based biopharmaceuticals company Lakes BioScience is planning to build a pharmaceutical manufacturing plant in Ulverston, Cumbria, UK. The facility will…

19 Mar 2021
Registration is disabled.
We use cookies to ensure that we give you the best experience on our website. If you continue to use this site we will assume that you are happy with it.ContinueLearn more