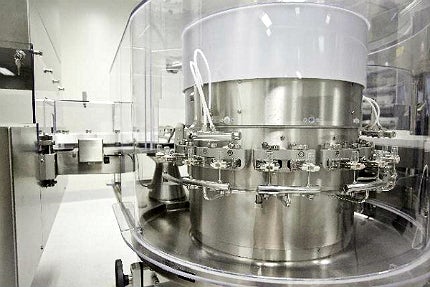 The new plant augments the production capacity of sterile and critical medicines for the local Australian, as well as New Zealand and other wider export, markets.

The new facility enhances the research and development programmes of Phebra and also helps the company deliver extra production capacity for producing critical medicines for local and export markets.

The new facility develops and produces a variety of emergency injectables, antidotes and other small volume injections, and critical medicines.

It produces a range of sterile injections, which are used throughout the Australian hospital system. It will employ more staff to carry out drug development and manufacturing.

The facility is expected to increase pharmaceutical investments in Australia. It will also conduct development programmes for Australian scientists and medical researchers for enhancing the skills development and employment.

Phebra obtained the final approval for Development Application (DA) and Building Certificate to carry out construction at the Lane Cove site in June 2011.

Construction of the facility began in second half of 2011 and was completed in 2013. The plant became fully operational in March 2013.

The plant was inaugurated by Mr. Greg Combet, Minister for Industry and Innovation, Australia.

Technology at the Australian pharmaceutical plant

"The new facility develops and produces a variety of emergency injectables, antidotes and other small volume injections."

The sterile manufacturing plant was constructed in compliance with good manufacturing practice guidelines (GMP) and ongoing series of product validations. The plant obtained a manufacturing license from the Australian Therapeutic Goods Administration (TGA) in May 2013.

Bosch, a German company, was awarded a $2m contract to assemble and install integrated filling machine in one of the three filling rooms, which is located at the sterile injectables unit of the facility. The installation of the integrated filling machine was completed by a team of eight engineers from Bosch in May 2012. Validation manufacturing at the new plant began in December 2012.

The Bosch filling machine increases the hourly rate of production for the range of sterile injections and critical medicines. It is expected to enhance the production five times more from the current capacity.

The Australian pharmaceuticals industry is a leading high-tech industry in the world. It employs more than 40,000 people, and generates about $4bn in revenues through exports in a year. Australia invests about $1bn per year on pharmaceutical research and development.

"The project was sponsored by Phebra, which initially invested about $16m for construction of the plant in February 2011."

The Australian Government announced $1bn jobs plan in February 2013. The government boosts reforms in the arrangements for clinical trials of new medicines and treatments in Australia, as part of the plan.

The plan also supports innovation and investment in the Australian pharmaceutical research industry for developing new medicines and treatments.

Phebra collaborates with major hospitals located in Sydney, Melbourne and Newcastle for clinical trials of new medicines and treatments.

Phebra is a leading Australian specialty pharmaceutical company. The company engages in the development and production and marketing of critical medicines in Australia, New Zealand, Asia, Canada and parts of Europe.

The South Australian Health and Medical Research Institute (SAHMRI) is being constructed at North Terrace in Adelaide, the state capital of South Australia.