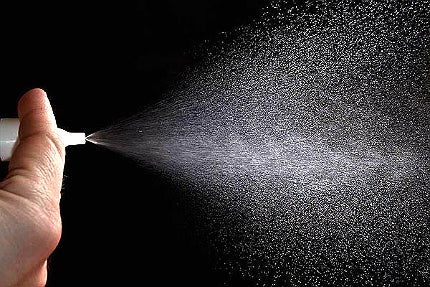 Teva Pharmaceuticals opened a new sterile manufacturing facility at Ulm city in Blaubeuren-Weiler state of Germany in July 2013. The new plant is an expansion of the existing ratiopharm plant. Ratiopharm is the leading brand of Teva in Europe.

Teva occupies third position in the German pharmaceuticals market. The company conceived the construction of the new ratiopharm manufacturing plant in 2011, in order to tap the substantial increase in demand for nasal sprays across Europe.

The expansion has increased the nasal spray production capacity at the existing site from 27 million to 45 million a year. It entailed an investment of €30m ($39.78m).

"The expansion has increased the nasal spray production capacity at the existing site from 27 million to 45 million a year."

The new sterile manufacturing facility has one building with a total floor space of 16,000m². It produces ratiopharm nasal spray, which is the best selling over the counter (OTC) medication in Germany.

The plant was officially inaugurated by the German Federal Minister of Health Dr. Sven Dethlefs in July 2013.

The line ensures the production of the high quality sterile medicine using the latest technology.

The construction of the new sterile production facility began in January 2012.

Drees & Sommer was awarded the design and construction services contract for the new facility. The contractor used a fast tracking method for construction. The planning for the building was completed in four months and the actual construction of the facility was completed within 18 months.

The facility produces ratiopharm nasal spray both for adults and children. The spray is indicated for reducing swelling of nasal mucosa in occasional rhinitis and allergic rhinitis.

The plant produces about 30 million units of the spray in a year without using any preservatives. The first filling line, which is now operational at the facility, doubles the nasal spray production capacity.

The sterile production facility was built strictly in conformity with the defined guidelines and requirements which focused on the protection of the product from potential contamination by germs.

The facility was designed to maintain the sterility of the product. It features sterile-filtered air flows and airlock systems for materials and personnel. Sterilisation in the production environment is also maintained with the help of special clothing.

The surroundings and premises of the facility also feature hygienic design. Maximum sterility zones are maintained by equipping the plant with contactless switches and door handles.

The process technology at the facility is compliant with Good Manufacturing Practices (GMP) requirements for sterile production.

The company is engaged in the development, production and marketing of medicines, generic and OTC products, active pharmaceutical ingredients (API) and novel new therapeutic entities.