Nature of Disruption: Changdeok ARirang AR app is built by leveraging Google’s Cloud and AR platform ARCore, and other latest AR technologies including ‘lighting estimation’ and ‘cloud anchor’. The app is designed to deliver a 5G-based AR experience with ultra-low latency data communication. Tourists can activate the Changdeok ARirang app by holding their mobiles towards the palace. Once activated, users get a surprise welcome from Haechi, a mythical creature believed to guard the palace. Haechi acts as a virtual guide and escorts visitors throughout the palace by providing detailed information on 12 different tourist spots within the palace as well as interesting historical stories. The app allows visitors to take a close look around restricted areas such as Huijeongdang and the palace’s secret garden, Huwon, through 360-degree AR. SK Telecom has installed 12 5G base stations within Changdeokgung palace and built the 5G edge cloud service. It processes data within the 5G infrastructure located nearby to the end-user devices. Visitors can experience approximately 60% faster speed when downloading content from the Changdeok ARirang app.

Outlook: Changdeokgung Palace is one of the UNESCO World Heritage sites and is constantly looking to make tourist experiences interactive. To that end, the palace implemented alternative reality technology to enhance visitor experiences by watching a royal court dance performance, playing Korean traditional games in AR, and taking AR pictures. While the current app targets only physical visitors, SK Telecom has plans to introduce a new app for those who cannot physically visit the palace. The new app can allow anyone around the world to take a tour of the palace through different AR and VR platforms. 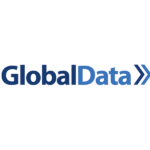